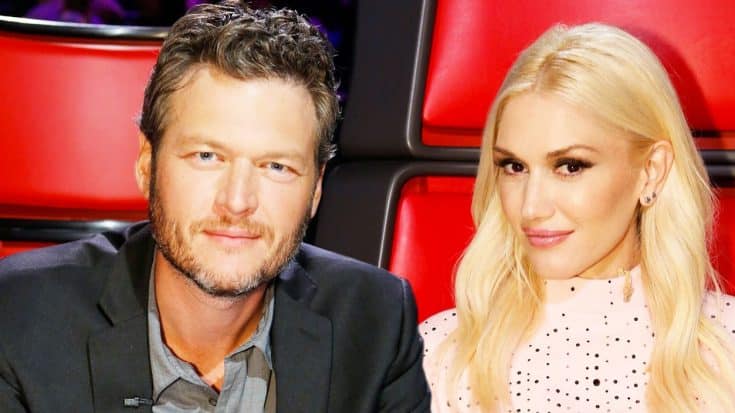 In the first live show on NBC’s ninth season of The Voice, Blake Shelton and Gwen Stefani make their very first public appearance together as a couple…and the crowd was rooting for them!

On the live taping of the hit singing competition, the two lovebirds weren’t quite as affectionate as many had been hoping for, but there were many times you could tell that they were smitten with each other! Notably, there was not a single mention of their new status on the broadcast because some of the cutest moments happened when the cameras were off.

Throughout the night, Stefani’s team was dominating the competition and Shelton went to bat for his girl!

When the coaches first made their way out on the soundstage, Stefani was the last one to appear with Shelton approaching her first and greeting her with an enormous hug that sent the crowd squealing!

Later on, Stefani was sandwiched between Pharrell Williams and Shelton for a quick photo when she put her arm lovingly around Shelton and gave him a quick arm squeeze as he walked away.

Check out ET’s coverage of the couple’s first live event together in the video below!