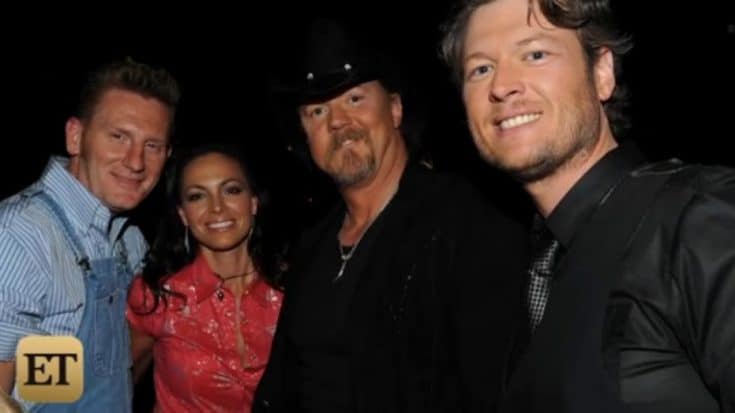 Joey Feek, 40, was diagnosed with cervical cancer just a few months after giving birth to daughter, Indiana, in 2014. Earlier this year, the cancer returned. After a round of unsuccessful chemotherapy and radiation treatments, the couple announced that the cancer was terminal and they were stopping treatment. Joey entered hospice care this past weekend.

Rory has faithfully kept their fans informed of Joey’s progress through his blog, This Life I Live.

Prior to tonight’s live episode of The Voice, ET asked Blake Shelton if he had any words for Rory who penned Shelton’s 2004 hit Some Beach.

“I never really got to know Rory that well,” Shelton said. “He was always just someone I kinda knew. But, to see what they’re going through as a family and what’s happening with Joey…what can you say?”

“The courage that they as a family have displayed, it’s inspirational,” Shelton continued. “It’s sad, but it’s special at the same time.”