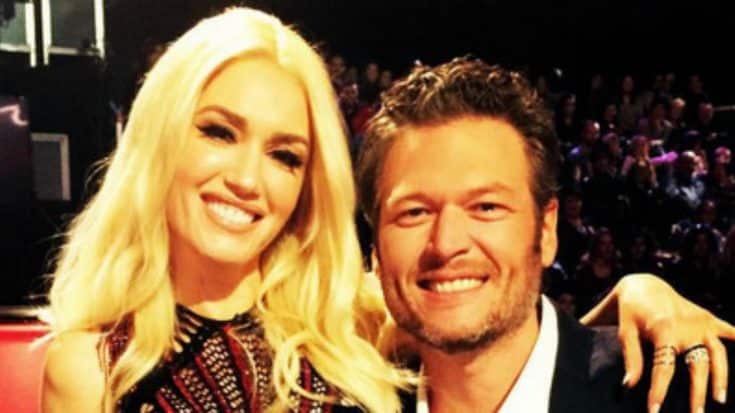 Gwen Stefani, lead vocalist of 90’s rock band No Doubt, has become a household name in the country music community thanks to her relationship with country star Blake Shelton. While the timing raised some eyebrows, the couple insists that their relationship started after each divorced their respective spouses.

Until recently, details of those divorces have stayed under wraps. But, a new report states that Stefani’s split from her husband of 13 years, Gavin Rossdale, was brought on by incriminating photos and conversations that were discovered on her children’s iPad.

According to the report, Stefani discovered Rossdale had been carrying on a 3-year affair with one of the family’s nannies, Mindy Mann. One of Stefani’s other nannies found “explicit texts between Rossdale and the nanny—including nude photos of and their plans to meet up for sex—on the family’s iPad” in February. The source stated that “the iPad was linked to Gavin’s phone” and “one of the other nannies discovered the exchange and told Gwen.”

Rossdale initially denied an affair, but later confessed. At that point, a “mortified, livid, and embarrassed” Stefani chose to end their marriage.

Last week (Nov.4), just hours before the CMA Awards, Stefani’s publicist confirmed that the rocker and Blake Shelton were, in fact, dating. The ill-timed announcement was met with a great deal of criticism from country music fans who claimed that Shelton was heartless for going public before such a big event, an event in which his ex-wife Miranda Lambert would be performing.

While the news shocked fans, it wasn’t a big surprise to those closest to The Voice coaches. A friend of the couple told PEOPLE “Those in their inner circles saw the chemistry and spark between them. That was undeniable.”

Blake Shelton has played a big role in helping Gwen move on from her heartbreaking divorce. The new couple taped their first live episode of The Voice this week and seemed happy despite the drama surrounding them in recent weeks.