Trace Adkins Talks Blake Shelton: ‘He Is Out Of Control’ 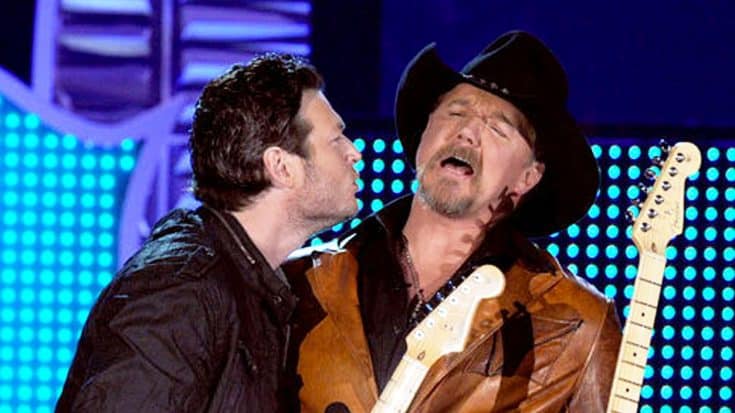 Trace Adkins believes Blake Shelton has learned nothing from his ‘fatherly advice’.

In an interview with CMT’s Cody Alan at the 49th Annual CMA Awards, Adkins let his feelings be known. He was more than candid on the topic of his longtime buddy, Blake and did not hold back.

Shelton has previously credited Adkins with helping him become a good mentor to artists on The Voice. Adkins was the first person to really take Shelton under his wing, and the two have been close for years. But when Cody asked Adkins about the topic, is response was surprising.

“The boy is out of control. He doesn’t know how to act, and I’ve tried to corral him the best I can, short of putting a shocking collar on him. There’s not much left for me to do. I’ve exhausted my fatherly advice to this degenerate.”

We can only assume by the laughter and smirks throughout the interview that Adkins was somewhat joking while making such shocking statements. He and Shelton have always had tough-love type of friendship, but it doesn’t sound like Adkins is very happy with Shelton at the moment!

Watch the interview for yourself and let us know what you think of Adkins’ comments!