Elvis Presley Once Sang To Tom Jones While He Was In The Shower! 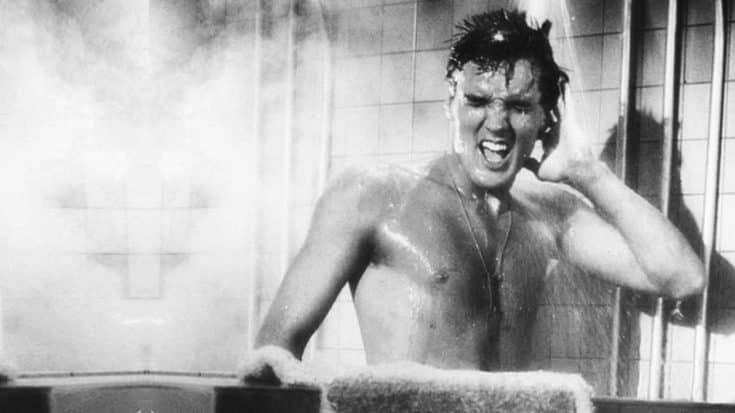 During a headlining residency in Las Vegas, The King of Rock and Roll, gave a real shock to longtime friend and performing pal Tom Jones!

Known for his humor and jokes, The King was actually quite serious when he snuck up on Jones in the shower! According to Jones, he had just finished a set on stage at Caesar’s Palace when Elvis was waiting for him just off stage.

“When I come off stage, I perspire a lot, so I jump in the shower.” Jones added.

The legendary singer had apparently heard a song he thought would be amazing for Jones to sing and couldn’t contain his excitement.

“He came with a song one time that he’d heard and he felt it would be a good song for me, and so he couldn’t wait for me to…I came off the stage and I said ‘Elvis, hang on I’ve got to get in the shower.'”

But The King wouldn’t take no for an answer.

“So, I was in the shower this night, right, and as I’m washing my hair with my eyes closed I hear ‘ahhuuuhhhhhh’…I thought it was the plumbing, but no. So, then I thought ‘Wait a minute…who is this…?'”

“I opened my eyes. The shower head was there and the door was there. And right there was Elvis Presley leaning over the shower door and he was singing to me in the shower!”

This just goes to show Elvis’ sense of humor and dedication to the perfection of music as a whole! Surely, Jones sang the song Elvis’ was so set on singing!

Check out the video below with a slideshow of some of these two best friend’s moments and a track of them singing “I’ll Never Fall In Love Again”!