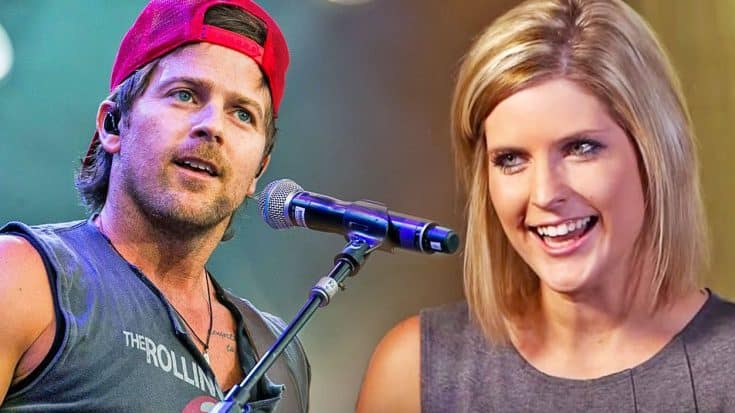 It’s not unusual for fans to have a great admiration for their favorite celebrities. But one Kip Moore fan has gone beyond typical admiration to what she claims is love.

In an interview with Dr. Phil, the woman, whose name is Jenna, says she first met Kip during a meet-and-greet following one of his concerts.

“I fell in love with him as soon as I saw him,” she says. “It was just an instant connection, love at first sight. The minute he stared into my eyes, I’ve never felt something so strongly in my life.”

Even though Jenna was married at the time she met Kip, she believed that he also felt a connection between them.

“After the show, there was a very hot hug that Kip gave me,” she says. “I asked him if he could take me home. My intentions were to not leave without Kip that night.”

Following her meeting with Kip, Jenna had his signature tattooed on her neck in the place that he had signed it at the meet-and-greet. She also started trying to contact his management over the phone and through social media so she could get in touch with Kip, but no one responded to her.

Jenna believed that her connection with Kip was so strong that she made the decision to divorce her husband Travis, who shares two children with her. She says she felt that Travis couldn’t love her the way she believes Kip does.

Jenna claims that Travis had always been emotionally and verbally abusive, claims which he denies.

Now, Jenna would like to become the future Mrs. Moore.

“If Kip would be willing, I will marry him, and run off to Hawaii, and I’ll have his surfer babies,” she says.

Watch the videos below to see Jenna and her husband Travis on Dr. Phil

We can’t help but wonder how Kip will respond when he hears about this!

“You’re serving your husband a restraining order, you’ve got “Marry me, Kip Moore” painted on the back of your window, and you’re selling his [stuff] in a yard sale?” #DrPhilUncensored