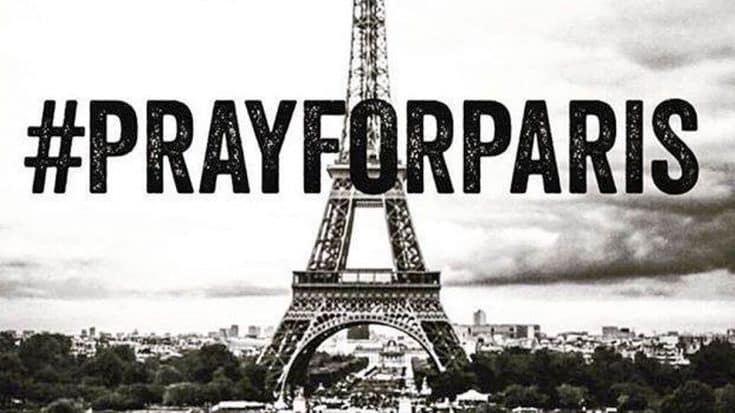 Tragedy has struck the world once again.

France has declared a national state of emergency and closed its borders after at least 40 people were killed in multiple shootings across Paris on November 13, 2015.

15 people have been killed near the Bataclan arts centre, where up to 60 people are reportedly being held hostage, according to the BBC, and three people were killed in an attack at the Stade de France.

Military troops are being deployed across Paris, and authorities have asked people to remain indoors until further notice.

Even across the world, the country music community has come together to show support and prayers for Paris. Some are using the hashtag #PrayForParis or #PorteOuverte to express their thoughts. If you’re in Paris & need somewhere safe to stay, or can offer a safe haven for people, Parisians are using hashtag #PorteOuverte.

What is wrong with people?! #PrayForParis

#PrayForParis Our thoughts & prayers are with everyone in Paris tonight.

The world is a crazy place. Never forget there is more good people than bad. Love each other. #PrayersforParis

Heart breaking for Paris and those affected tonight. How can any living human be capable of that level of evil? I don’t understand. ?

Praying for everyone in Paris right now. Lord please restore this city to safety. Give them peace and protection.

So heartbroken over Paris.

Prayers to those in Paris. – TeamCDB

Posted by The Charlie Daniels Band on Friday, November 13, 2015