BREAKING: Joey Feek Gives What Could Be Her Final Interview 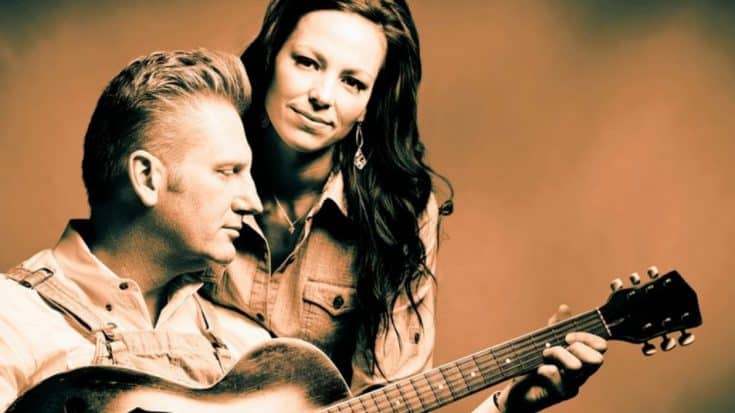 Cindy Watts, a writer for The Tennessean, has been writing about Joey and Rory Feek since they first appeared on CMT’s ‘Can You Duet?’ in 2008. Over the last 7 years or so, the Feeks have come to know Watts and invited her to spend a day with them in Joey’s Indiana hometown where the singer was recently put in hospice care.

The author shared heartbreaking details of her visit and what was possibly Joey’s final interview.

“I wasn’t mad at him, I wasn’t upset,” Joey says, talking about God when she learned her cancer had returned. “I was just greatly disappointed. I really thought we had it. I thought, ‘I’m going to be that exception. I’m going to be that statistic that stands out and says, ‘She fought it.’ We did the most extreme surgery we can do in the gynecologic world, and she did well.’ But for whatever reason, it wasn’t enough, and God had different plans. I was disappointed. I was exhausted.

“More than anything, I felt like I failed at something,” she says, crying.

“I thought I did everything,” her voice breaking with emotion. “But God decided for me that my job of singing for people down here is my legacy, and he needs me singing up there. That’s how I look at it.”

In October, Joey was given the news that the aggressive chemotherapy treatments she had undergone didn’t work. Doctors gave her six to nine months to live, but her best friend, who had seen two other friends pass from cancer, thought otherwise. So, Joey decided to leave her Tennessee farmhouse and return to her childhood home in Indiana to spend some time with her family. She had every intention of spending her final days back in Tennessee, but after cancer-related complications arose while she was in Indiana, Joey decided to live out the rest of her life there.

In the midst of the pain and the sadness, Joey received a great blessing. Her father gave his life to God four weeks ago.

“I just cried,” she says. “Now all of my family believes. And all of my family, when we die, we’re going to see each other again. I told my dad, ‘I would go through all of this again, if that meant one person came to Christ because of it. The fact that my daddy did, Dad, I would do it all over. I’m so proud of you. When I die, I’m going to be looking for you. And I want you to know, that after you hug my brother (Justin, who died in a car accident in 1994), I’m going to be next in line.’ ”

Joey claims that she’s not afraid to die, but she worries about the pain.

“I’m doing all these alternative things and taking things I’ve never taken before, organic, all natural, and homeopathic, it can’t hurt,” she says. “I’m doing all I can do to be more comfortable.

“I pray that one morning I just don’t wake up,” she says. “But I don’t fear anything because I’m so close to God and we’ve talked about it so many times. I know he’s close. And I know he loves me. I’m really at peace. I still believe there’s healing in prayer.”

The day after the author’s interview with the Feeks, Joey+Rory’s tour bus, full of Joey’s friends who wanted to say goodbye, arrived from Tenneesse.  Stowed beneath the bus was “a simple wooden box she asked their farmhand to construct as her final resting place.