Luke Bryan Is Home Alone Tonight, Thanks To Karen Fairchild 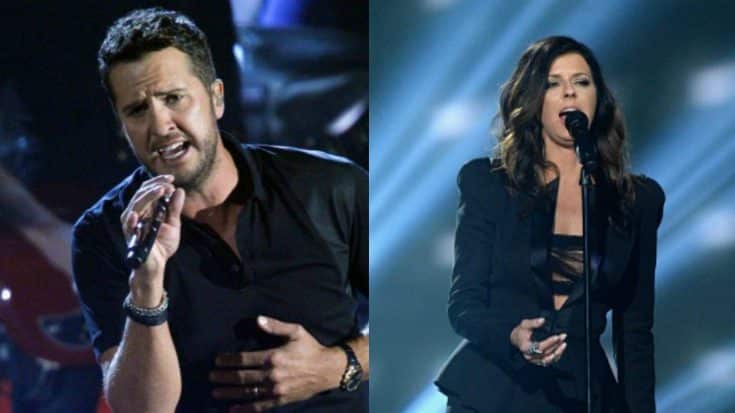 Luke Bryan is known for risqué tunes like his most recent hit Strip It Down. His fans have been anxiously awaiting his next single and were hopeful that it would be his much-anticipated duet with Little Big Town’s Karen Fairchild.  On Friday (Nov. 13) the speculation was laid to rest as Home Alone Tonight became Bryan’s new single.

The timing of the release couldn’t be better as Fairchild and Little Big Town are still reeling from the success of Girl Crush and Luke Bryan is riding high as reigning CMA Entertainer of the Year. Home Alone Tonight is the first song Bryan has recorded with a female artists and the result was worth waiting for!

Before the song was released to radio, Bryan talked about his decision to make his first male/female duet with Karen Fairchild.