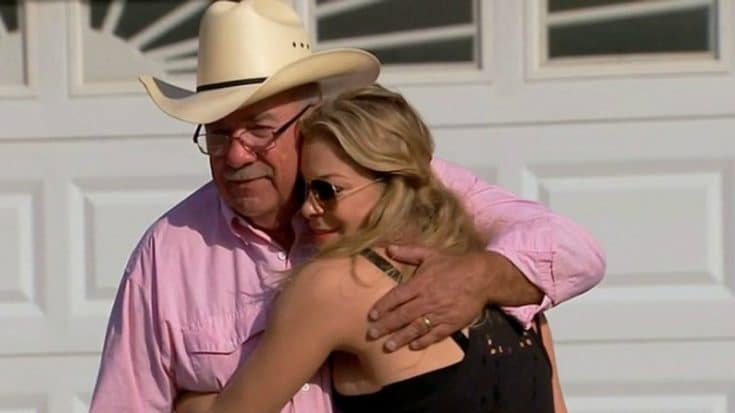 Last week Wilbur Rimes, father of LeAnn Rimes, underwent open heart surgery. LeAnn made the emotional announcement via Twitter and was immediately flooded with support from fans around the world.

My ❤️ has been pulled in so many different directions today Prayers 4 my dad He’s got to have open heart surgery ? tough on this kid

Earlier today (Nov. 15), the ‘Can’t Fight The Moonlight’ singer updated fans on her dad’s condition. LeAnn shared that her dad is recovering but remains in ICU.

Got to see my dad before heading back home. Man, it’s tough seeing your parent in ICU. Slowly but surely he’s going to get better. ??

Wilbur Rimes played a vital role in getting LeAnn’s career off the ground. By age 16 her debut album had already sold 6 million copies, she had won a Grammy, and was selling out concerts here and abroad. In 2004, Wilbur told ABC News that it was important for his daughter to have the chance to do what he was never able to.

“To have your own child be able to get out and do what you couldn’t and always wanted to, I just never really had the chance that she’s had,” he said.

In July of 2014, LeAnn appeared on the daytime talk show The Talk and broke down in tears after watching a clip of her and her dad singing ‘Jesus Loves Me.

“My dad and I have been through a lot together and we’ve come out on the other side of it with a relationship. It’s pretty amazing,” LeAnn Said.

We wish Wilbur Rimes a full and speedy recovery!