“It Doesn’t Taste Like My Boogers!”: Blake Shelton’s ‘Slimy’ Confession

By Manly Bryant on November 16, 2015
Advertisement 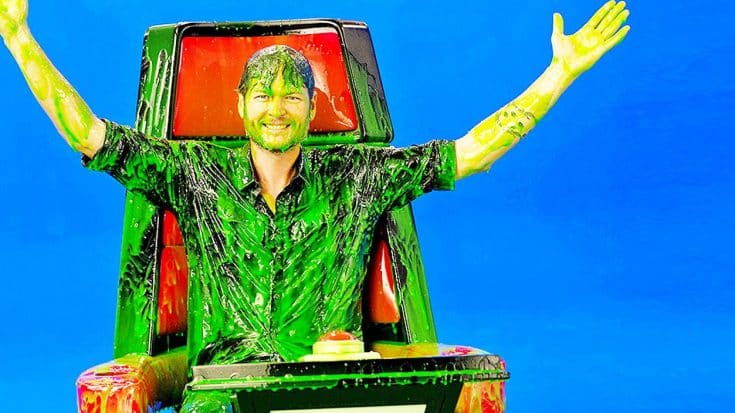 When Nickelodeon dropped a huge bucket of their special slime on top of this country singer gone ‘Voice’ coach, it left him with an unfamiliar taste in his mouth….

Getting candid about this slippery sludge, Blake Shelton confesses all in an exclusive interview.

Selected as the host-to-be for the upcoming Kid’s Choice Awards on Nickelodeon, Shelton got covered in the goop as a longstanding tradition. In his interview, he opened up about getting prepared for the slime and, oddly, what it tasted like afterward.

“They told me that when they were to drop the slime, that they didn’t want me to cover my head. They wanted me to act like it was the greatest thing ever. That is one thing to think about…and then you get hit by it. It feels like the ice bucket challenge. It’s freezing, it’s wet, it’s cold.

Of course it’s classic Blake Shelton to make some absurd comment about boogers and slime, especially with his jokester antics on The Voice with Adam Levine. These two should be hosting the show together!

Check out this sneak-peek clip of Blake getting slimed in slow motion below!