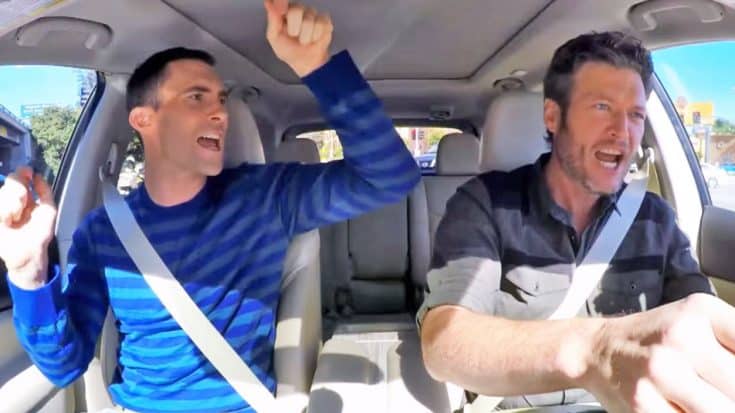 Looks like the “bromance” between “The Voice” coaches, Blake Shelton and Adam Levine, is still going strong!

The silly banter between the two is hilarious, and the clip below is sure to have you laughing out loud!

In the hilarious four-minute video, Blake picks up his BFF Adam on his way to work at the “The Voice“ set. An overly excited Blake immediately tells Adam that they are going to commute together every day, but a less enthused Adam says, “Uh, let’s just see how this one goes.“

To cut the awkward moment between the two, the dynamic duo begins listening to Twisted Sister’s 1984 hit song, “We’re Not Gonna Take It.” The two immediately begin rocking out, as Adam plays air drums and Blake plays the steering wheel guitar.

After a serious jam session, Blake comes up with a great idea! He tells his friend, “Hey buddy, so here’s what I’m thinking. We could do that song as a duet on The Voice.“

A hesitant Adam isn’t sure about the idea at first, but he quickly changes his mind and the two begin “warming up” for their big moment.

For the duration of the car ride, the two alternate the song’s main vocals, trying to sound as “rock” as possible.

Did you ever think you’d see country star, Blake Shelton, pretending to be a rock star!? Add it to his list of talents!

You have to see it to believe it, so check it out below!

We just can’t wait for the big duet!