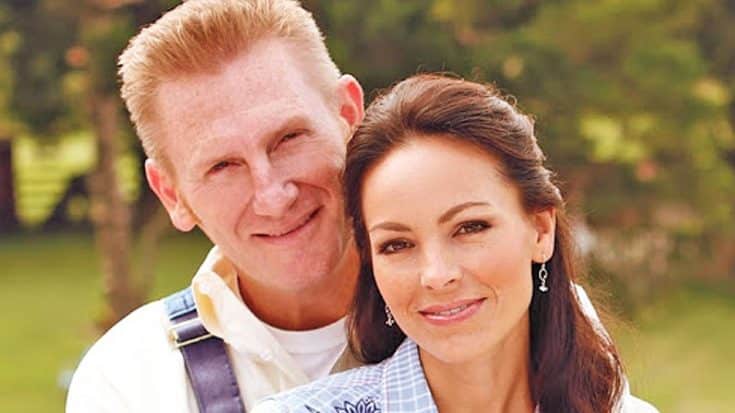 The Grand Ole Opry is calling on everyone to join them in sending their prayers to Joey Feek.

Joey, of the country music duo Joey+Rory, has had an extremely public battle with cancer. In October, Joey was placed in hospice care as her condition dramatically worsened. Her friends and family have started saying their goodbyes, but through it all Joey and Rory have continued to hope for a miracle.

Despite sadness surrounding them, Joey and Rory have stayed strong, thanks to their firm belief in their faith.

In a recent interview with The Tenessean, Joey says that even though her time on Earth may be up, she is at peace because she knows it is what God wants.

“But God decided for me that my job of singing for people down here is my legacy, and he needs me singing up there. That’s how I look at it,” she says.

Ever since Joey and Rory announced that she had stopped her cancer treatments, they have asked for others to send in their prayers, and to recite what has become known as “Joey’s Prayer.”

Pray for a miracle… and even more so, peace with His decision.

The Opry says that they too, are joining together to send their prayers to Joey.

In a post on their official Twitter account, the Opry announced that they are hosting a prayer vigil for Joey following the November 17 performances at the Ryman Auditorium.

The Opry invites everyone to come together for a prayer gathering after tonight’s #Opry at @TheRyman show at 9:30pm. #PrayersForJoey

Anyone who can make it to the vigil is more than welcome to attend, even if they do not go to the Opry performances beforehand.

This isn’t the first time people have gathered together to send prayers to Joey. Hundreds of people gathered in Joey’s hometown of Alexandria, Indiana to host a prayer vigil for her earlier this month.

Other country music stars also gathered together to recite Joey’s prayer, and to send their heartfelt support to her and Rory during this tough time.

We too, continue to send our prayers out to Joey, Rory, and their family.