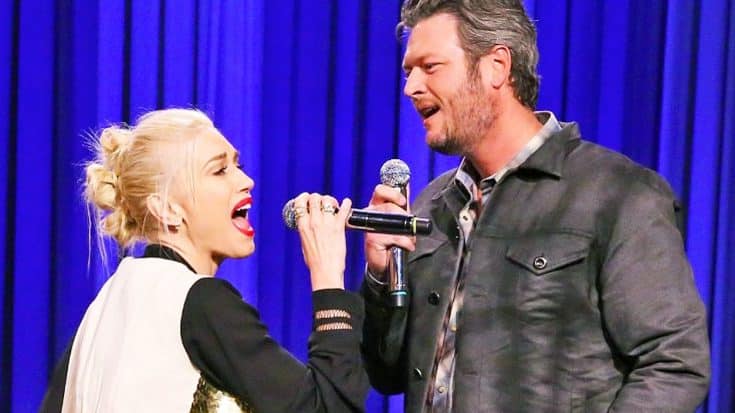 Ever since the news broke that Blake Shelton is dating his fellow Voice coach, Gwen Stefani, there have been rumors that the couple recorded a country duet together.

After weeks of speculation, Shelton finally addressed the rumors in an interview with Extra TV on The Voice red carpet.

“Gwen and I have not recorded a song together,” Shelton says.

Those hoping for a Shelton/Stefani duet sometime soon are sure to be disappointed by this news. However, Shelton says that just because him and Stefani haven’t recorded a duet at this time doesn’t mean that they won’t in the future.

“But I won’t say that it’s not going to happen…I’m just saying that we have not recorded anything,” he says.

So even though Shelton and Stefani haven’t recorded a duet yet, he makes it seem as though it is extremely likely they will at some point.

Watch Shelton’s Extra TV interview in the video below, where he also talks about rescuing a group of young men from a mud hole in Oklahoma last week.

We can’t wait to see if Shelton and Stefani really do record a duet together!