Country Legend Larry Gatlin Gets Fired Up About Barack Obama 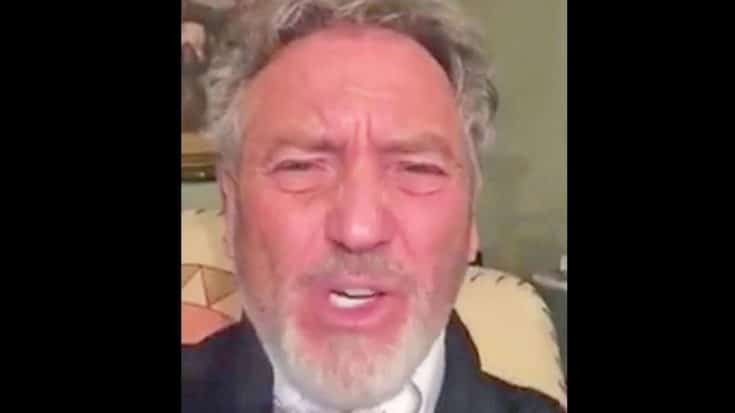 Like so many people around the world, singer/songwriter Larry Gatlin couldn’t help getting upset following the terrorist attacks in Paris last Friday.

The day after the attacks Gatlin took to Facebook to post an emotional video of his reaction, praising the French president and telling America to “wake up”and join the fight against the terrorists.

A few days later, Gatlin posted another video, this time not aimed at the country as a whole, but toward President Barack Obama.

Gatlin, who is known for being a strong Republican, criticizes President Obama for the way he has handled things throughout his time in office.

“I will not pay you the courtesy of calling you Mr. President, you do not deserve it,” Gatlin says. “You have shamed that office, and out of respect I will not address you as such.”

Gatlin also expresses how upset he is over President Obama’s words and actions following the terrorist attacks in Paris:

“Did you really tell the twenty muckety mucks over there in Turkey that you were not going to use, as the President of the United States, you’re not going to use the word ‘winning’ as it pertains to the tragedy going on in the Middle East? Did you really say that? Did your Secretary of State really say there was a legitimacy and rationale behind the murderers, and the black hats, and the black scarves, and the knives, and the flags going in and murdering some innocent people because they drew some cartoons? What a booger eating moron you are.”

Keeping in tune with the same message that Gatlin shared in his previous video, he keeps telling President Obama to “wake up,” saying that America finally has.

“America’s waking up, finally, to the travesty of justice that is your presidency,” he says.

Also repeating another message from his previous video, Gatlin says that President Obama should realize that our military are not a group of “boy scouts and girl scouts,” and urges him to put “boots on the ground” to fight the terrorists.

After being up for a little over an hour, Gatlin’s video had already been viewed by over 20,000 thousand people, with his previous video being viewed nearly 9 million times.

You can watch Gatlin’s newest video below.

Posted by Larry Gatlin and the Gatlin Brothers on Wednesday, November 18, 2015