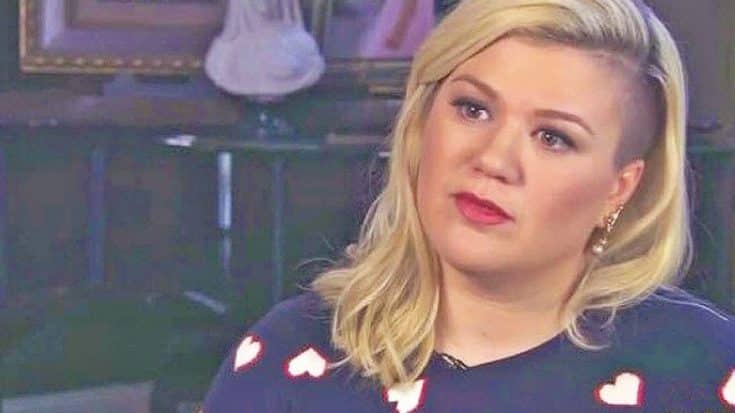 The women in Hollywood make having a baby look like a walk in the park. Kelly Clarkson is setting the record straight.

“I’m familiar with all-day sickness,” Clarkson said in an interview with CBS This Morning. “I have to get IVs and fluids because I get so dehydrated. It’s really bad.“

While hearing that she needs an IV is pretty scary, it’s refreshing to hear a celebrity be so brutally honest about the process. Normally, women say it’s all puppies and rainbows, but not Clarkson.

She has always been like this. During her pregnancy with her daughter River Rose, she revealed on Ellen that she was sick a lot as well. “I vomit a good dozen times a day. It’s, like, bad. I vomited before coming out here. I’m not even kidding. It’s so bad.”

Morning sickness, or all-day sickness, isn’t the only thing she opened up about.

“Everybody tells you that you glow and your hair is pretty and your nails are pretty,” she continued. “That is total crap. My nails are short, my hair still falls out — it’s not all lush and beautiful — and I have no glow. Unless it’s, like, something left over from a bad throw up. It’s horrible.”

While she goes through all the poking and prodding with IVs and fluids, she knows that it’s all worth it. She and husband Brandon Blackstock are expecting their second little bundle of joy, this time, a boy.

In other news, River's gonna have a little baby brother 🙂 #itsaboy We're so excited!

During an August 2015 concert in LA, she accidentally announced her second pregnancy when she became extremely emotional during a song, and wanted her fans to know why she was acting so strange!

Watch her announcement below.