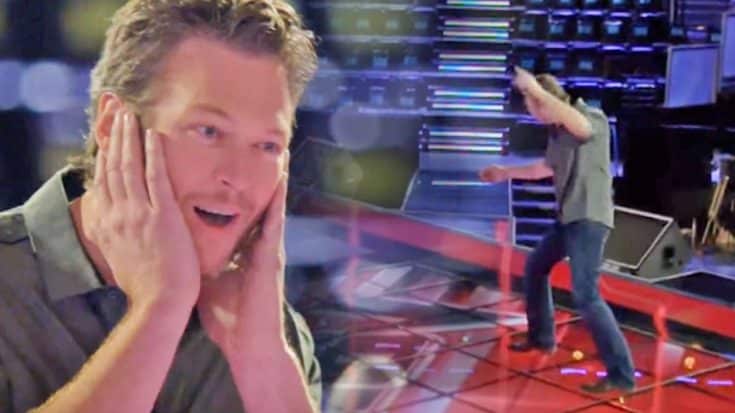 You never know what you’re going to get when you tune into NBC‘s “The Voice.“

The coaches and the contestants are full of surprises, and we just can’t get enough!

In the exclusive outtakes video from “The Voice” below, you’ll get taken behind the scenes and see the coaches like you’ve never seen them before.

Blake keeps dancing around the stage while Zach bursts out laughing, asking anyone who is watching, “No! Do you see his face!?“

Zach tries again and again to show him the right move, and Blake says, “That’s what I did!!“

So close Blake, so close.

In the end, Blake admits, “I think I nailed the dancing.“

Check the hilarious clip out below!