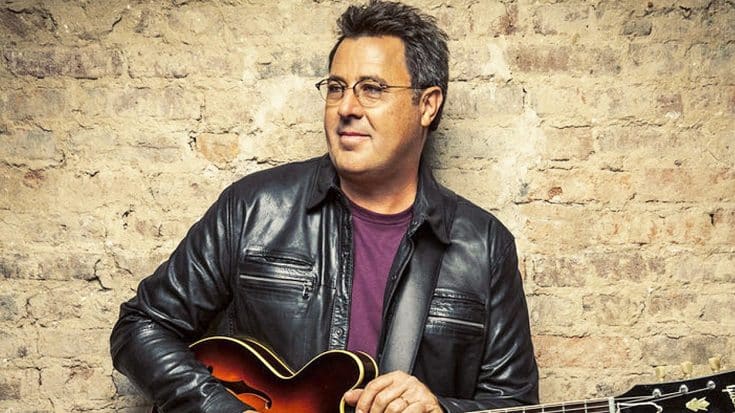 Those who have been waiting anxiously for a new Vince Gill album don’t have to wait any longer.

In the morning on November 19, Gill announced that he is releasing a new solo album called Down To My Last Bad Habit.

My Last Bad Habit will be Gill’s 20th official album. His last solo album, Guitar Slinger was released in 2011, but he also released an album called Bakersfield in 2013 with steel guitar player Paul Franklin.

“My Last Bad Habit” includes a total of 12 tracks, with the last one being dedicated to the legendary George Jones.

The album will hit the shelves on February 12, 2016, but fans don’t have to wait that long to hear Gill’s new music. That’s because Gill went ahead and released his first single from the album, called “Take Me Down.”

What makes this single extra special is that it also features the reigning CMA Vocal Group of the Year, Little Big Town. You can listen to it in the clip below, and can also look at the album’s full track list while you’re at it.

We can’t wait to get our hands on Gill’s new album in a few months!