Carrie Underwood Jams To Jana Kramer Before A Rude Interruption 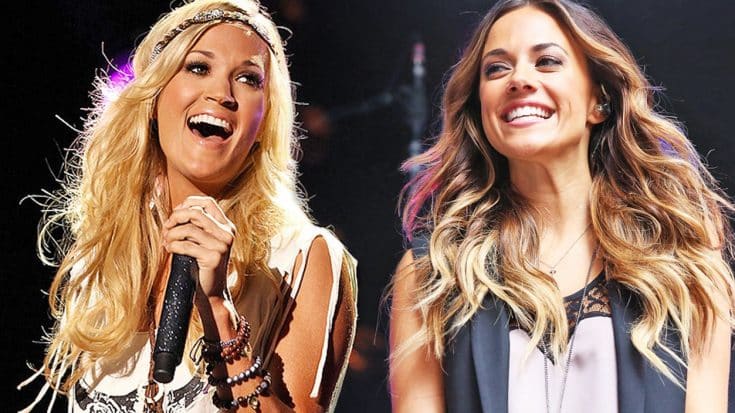 Since the release of her album, Thirty One, Kramer has received a positive feedback on the album’s second single, “I Got The Boy.”

But the greatest praise of all came when Underwood recorded herself jamming out to the catchy love song in the car. Clearly she loves the song as much as we do!

Underwood posted a selfie video to her Instagram page, with the caption, “Jamming along to @kramergirl in the car…stupid Siri just HAD to interrupt! #IGotTheBoy #LoveThisSong.“

In the video, she sings her heart out to the emotional lyrics, “I got the first kiss and she’ll get the last / We each got something, the other will never have.“

But before she could finish the song, Underwood’s phone rudely interrupted! “Siri” began giving her directions mid-performance, can you believe it!?

But of course, an adorable Carrie just laughed it off.

And while you’re at it, check out Jana’s performance of “I Got The Boy,” live at the Grand Ole Opry!