Rosanne Cash Vows To Return To Site Of Paris Attacks, Perform There For First Time In 25 Years 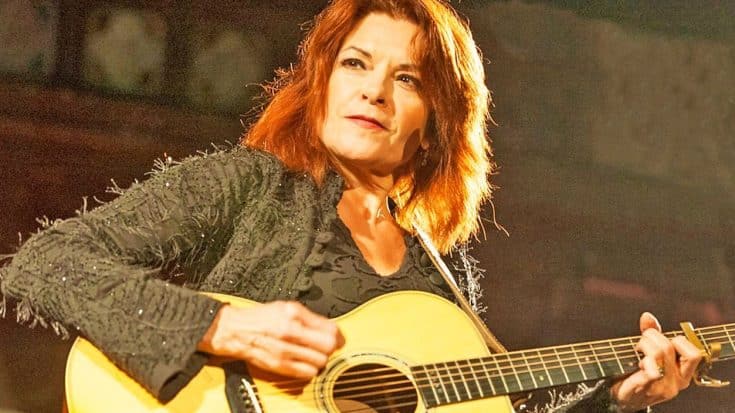 The minute Rosanne Cash learned of the terrorist attacks in Paris, she knew she needed to do something.

According to The New York Times, Cash is eager to play at The Bataclan, the venue where terrorists attacked during an Eagles of Death Metal concert on November 14th. Nearly 100 people lost their lives that day.

Cash last played there in 1990 on her Interiors tour, but maintains a strong connection to the venue. “It was just one of those nights that you look for as performer when you’re totally connected to the audience,” she said.

“As soon as this happened,” Cash continues, “I called my manager and said, ‘We have to book the Bataclan this year.’“

On Monday, The Bataclan took to social media to make an official statement.

“There aren’t enough words to express the magnitude of our grief. Our thoughts are with the victims, the injured, and to their families. Many of you have wanted to gather in remembrance at the Bataclan. Unfortunately, the authorities still need to work at the site. We will keep you informed about when it will be possible to assemble in front room. We thank you for your support, which touches us profoundly.”

Following the attacks, many country singers have sent their prayers, and a few have postponed their upcoming European shows, including Brantley Gilbert. Others are continuing with their European tours. The Cadillac Three, whose tour kicks off in January, will not cancel any dates because, “Terrorists want people to hide. And we’re not gonna do that.“

Our thoughts and prayers are with those affected by these terrorist attacks.