By Megan Dinsdale on November 20, 2015
Advertisement 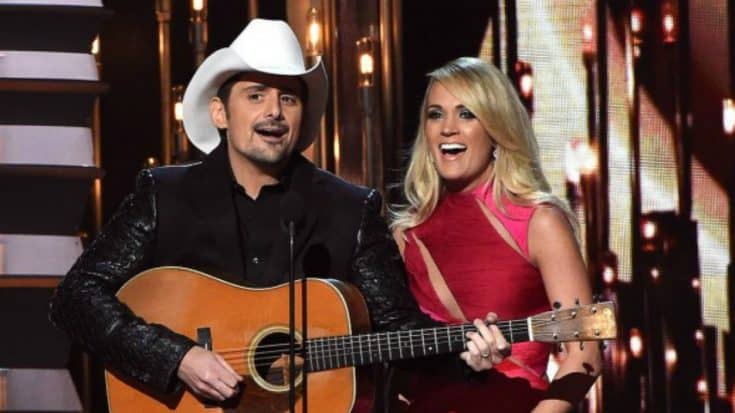 If you watched the 2015 CMA Awards, you’ll recall that William Shatner played a vital role in Brad Paisley and Carrie Underwood’s opening monologue. One would have never guessed that his surprise appearance was indeed a surprise.

Brad Paisley explained to a crowd at the 2015 Billboard Touring Conference how Shatner’s appearance saved the day after he and Underwood were forced to scrap a crucial part of their monologue.

“Like, ‘I am Trump, the great and powerful,’” Paisley laughed. However, “standards and practices and equal time laws” prevented the bit from being used, and “24 hours before, the lawyers said we couldn’t do it.”

Underwood and Paisley called on Shatner to fill the gap and the actor obliged. “To have written the last two minutes of the monologue Tuesday at midnight … it was stressful,” Paisley admits.

Brad Paisley says that he still has the video featuring Trump. The question is, will anyone ever get to see it?