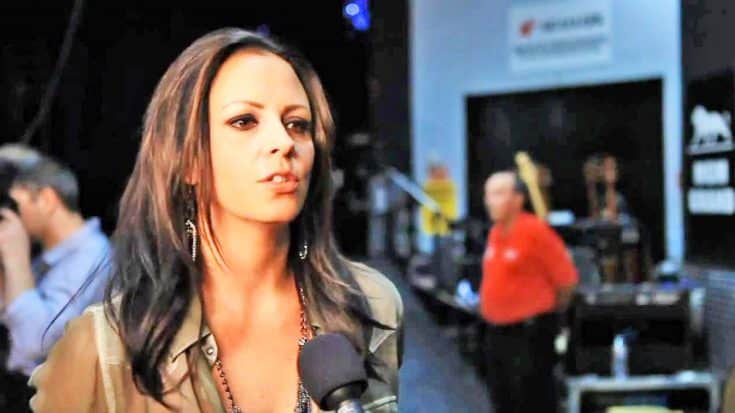 During the Spring of 2015, a radio consultant let a sexist comment slip that elicited a backlash from female country artists…

In an interview with Country Aircheck, consultant Keith Hill warned stations from playing songs by female artists and that they shouldn’t be played back-to-back.

“If you want to make ratings in country radio, take females out. The reason is mainstream country radio generates more quarter hours from female listeners at the rate of 70 to 75 percent, and women like male artists.”

“Trust me, I play great female records, and we’ve got some right now; they’re just not the lettuce in our salad. The lettuce is Luke Bryan and Blake Shelton, Keith Urban and artists like that. The tomatoes of our salad are the females.”

One notable and immensely successful female country singer was appalled by his comments and made a statement of her own.

Sara Evans, widely-known for her series of No. 1 hits including “Suds In The Bucket” and “A Little Bit Stronger”, responded to Hill’s comments in a social media post that only fueled the fire…

“Because we women of country music have been talking about and dealing with this for the past five to seven years … we have seen it get harder and harder to get played on the radio almost to the point that we feel that we have no genre anymore. They just will not play women. It’s so ridiculous.”

“Country music would not be what it is without women. If you’re not going to play women, you’re going to have to call it another genre or split it up and give females somewhere else to release music.”

With Evans’ remarks bringing more attention to the topic, she mentioned she was glad that Hill had brought it up because now everyone can officially address the problem.

What do y’all think of the controversy?

Check out Sara Evans’ interview below where she touches on the subject in a different light.