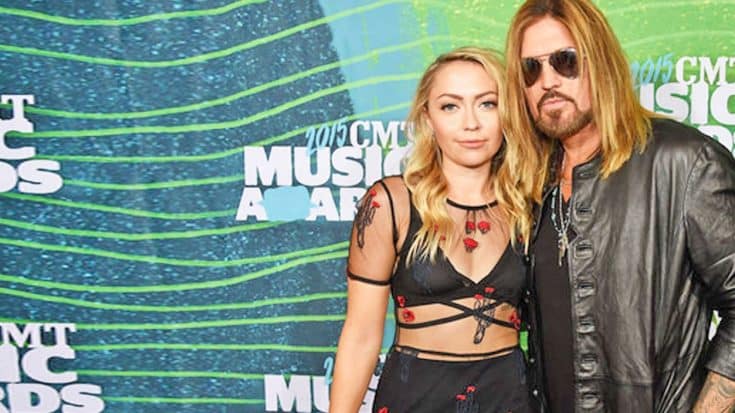 During an interview to promote her new horror film Old 37, Miley’s big sister Brandi answered ET’s big burning question: “What is the biggest misconception of the Cyrus family?”

“For some reason, people love to hate a Cyrus,” Brandi said, laughing. “I don’t know what it is, but I remember when I was a kid, and my dad [Billy Ray Cyrus] was at the height of his success, all people wanted to do was make fun of me for it,” she explained. “I was like, ‘Wait a minute. My dad is the biggest star on the planet and you want to make fun of me?'”

Billy Ray Cyrus’ super hit “Achy Breaky Heart” soared to the top of the charts in 1992 and made him an international sensation almost immediately.

“As I’m older now, I look back on that and that’s just so insane,” she continued. “I don’t know why people like to tear others down to make themselves feel better. I don’t know what it is but, yes, Miley is a huge personality. She’s a weirdo, but she’s so normal.”

Kicking off a funny game with Brandi, the host played a game called Fact Or Fiction where they read headlines to the celebrity and then the star confirms/denies them.

Check out the full interview in the video below!