By Miranda Raye on November 20, 2015
Advertisement 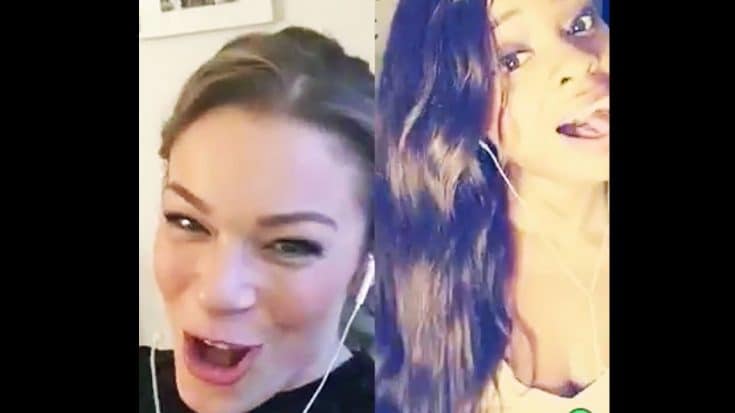 Using the app called Sing! Karaoke by Smule, Rimes recorded herself singing a medley of “Holly Jolly Christmas” and “Frosty the Snowman.” Rimes then encouraged her fans to download the app, which allows them to sing along with her.

The whole thing is part of a contest, with talented fans having the chance to win a trip to see Rimes in concert.

Rimes posted one of the videos to her Faccebook page, and it sounds like the girl in the video could be a definite frontrunner in the contest to win that concert trip.

Everyone knows that Rimes has a beautiful voice, but this girl has no trouble holding her own as she sings along with her. As you watch the side-by-side videos of the two singers and see the way they interact, it’s hard to believe they aren’t actually singing at the same time.

You can watch the video of Rimes’ duet below.

If this girl does win the contest, we’d love to see her get up on stage and sing a true duet with LeAnn!

Love this submission to the sing with LeAnn contest! Download the Sing app here: http://bit.ly/Sing-With-LeAnnRimes,…