By Manly Bryant on November 21, 2015
Advertisement 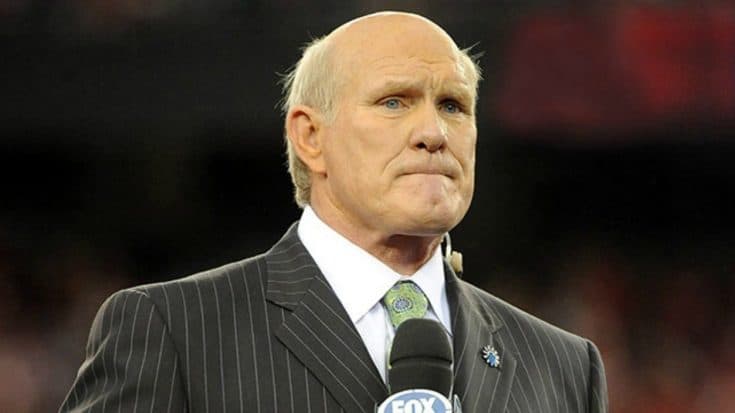 Terry Bradshaw, Hall of Fame quarterback and 4-time Super Bowl Champ, is arguably one of the most accomplished NFL players in the history of the game. But, his talent reaches far beyond the football field. The Fox sports host has recorded six country albums over the course of his career even hitting the Top 20 on Billboard’s country chart for his cover of “I’m So Lonesome I Could Cry.”

But, it hasn’t always been a smooth ride for Bradshaw. Early in his NFL career, he was ridiculed by the media, a hurt that lasted years. In a recent interview, Bradshaw talked about the hurt, his battle with depression, and what it took for him to overcome it.

During Bradshaw’s rookie year as a Pittsburgh Steeler, he threw an unprecedented number of interceptions and the backlash was immense.

“This one guy said, ‘well, he can’t read defenses, so therefore he’s got to be stupid.’ The image thing hurt, “ Bradshaw said. “I didn’t trust people. I didn’t like them. I didn’t like going around the city. I don’t like sticking my head out. People weren’t nice to me and I understand that. But, at the same time, when we did start winning, I never allowed myself to be accepted because I remember how painful it was for five years.”

Bradshaw admittedly didn’t respond well to the criticism from the media, fans, and his coach and eventually slipped into depression. After being diagnosed and medicated for clinical depression, the quarterback had another battle on his hands. A born-again Christian, Bradshaw suffered three failed marriages, something that his friends just couldn’t let go.

“One of the problems as a Christian, is that we have to deal with our failures and the shame of it all,” Bradshaw confessed. “And, I had to figure out that it’s ok for me to fail, but I don’t want to be judged by you. And my friends, my friends back then judged me and were harsh with me.”

It would be years later before Bradshaw’s life turned around and he learned the true meaning of forgiveness. On Father’s Day, ten years ago, he gave his life to God

“I had one of those great, wonderful, salvation moments in my life. It was one of those moments that I knew that God’s spirit had moved into my heart, and into my life and had grabbed and taken control of me. And you know what? I couldn’t escape it. Because I learned that God forgave me.”

Terry admitted that every decision he makes is now committed to prayer. While he knows that he’s a sinner and will make mistakes, he’s at peace with where he’s at in his life.