By Kevin Blue on November 22, 2015
Advertisement 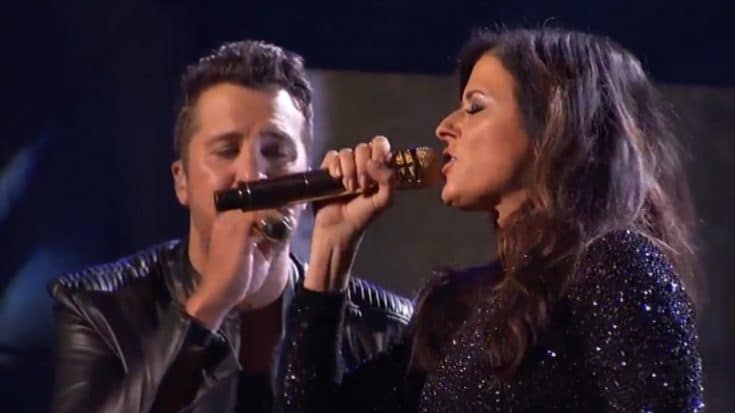 One of the most talked about performances from tonight’s American Music Awards was the duet between Luke Bryan and Little Big Town’s Karen Fairchild. “Home Alone Tonight” is the third single from Bryan’s Kill The Lights album and his first ever duet, and it was worth waiting for. While the song was released to radio last week, tonight’s appearance was the first time Bryan and Fairchild had performed the song live and it lived up to the hype.

Last week, Bryan said of the collaboration, “’Home Alone Tonight’ will be my next single. Karen is the vocalist on there. It’s just an amazing track. We’re so excited to have it coming out to radio and this is our first chance to showcase it,” he says. “You know, to be on an awards show like the AMAs and have the opportunity to be a country artist and then two country artists up there is going to be an amazing opportunity.”

It was a big night for both artists as Bryan took home the Favorite Male Artist award in the country category for the fourth time, beating out Jason Aldean and Sam Hunt. He was also the only country artist up for the night’s biggest award, Artist of the Year.

Fairchild and her Little Big Town bandmates were up for Favorite Duo or Group – Country award.