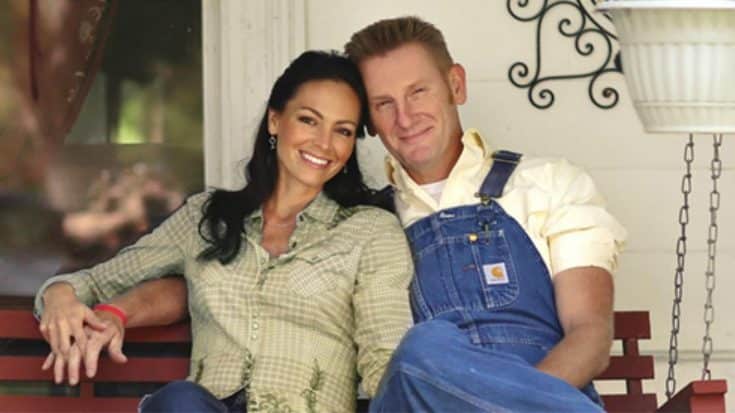 Joey and Rory Feek make an announcement that fans are sure to be excited about!

Earlier this year, before her terminal cancer diagnosis, Joey started recording a gospel album full of hymns that “capture the words and music of her childhood.” In a new blog post, Rory shares details about the album and announced that it will be released on Valentine’s Day 2016.

“We recorded it in a studio in Nashville early in the summer – just after recovering from her first big surgery in Chicago.  And then she did her vocals where she could… in hotel rooms, our house, wherever and whenever she felt up to singing,” Rory explained. “In early October, we even did a tv taping of the songs in the concert hall at our farm in front of a live audience.  Joey was weak and it was difficult for her, but she was determined.  This record means so much to her.  It is the songs that are the most important to her.”

Last week, Rory and daughter Heidi went into the studio to record background vocals for the album that Rory calls “Joey’s album,” and he confessed that the project is going to be special.

All proceeds from Joey’s album, Hymns That Are Important to Us, will go to the Loeys-Dietz Syndrome Foundation, in honor of family friend, Scout, who has Loeys-Dietz syndrome, a connective-tissue disorder.