Joey+Rory Marathon To Air On Thanksgiving 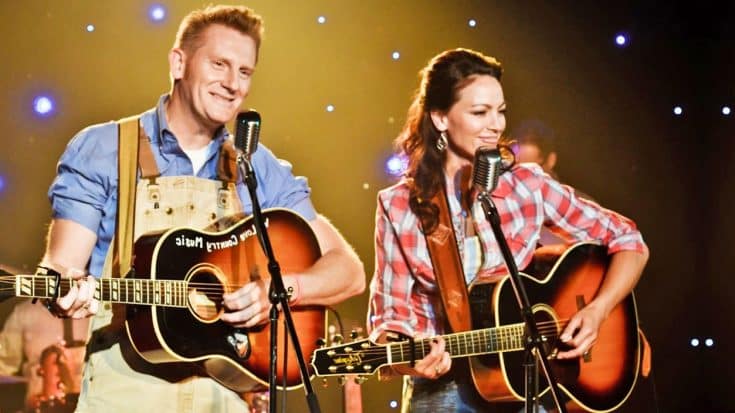 Just announced in time for the Thanksgiving holiday, RFD-TV– the longtime supporter of Joey+Rory Feek and the home station of “The Joey+Rory Show”, has created a special holiday program to honor the duo!

In late 2015, Joey Feek announced that her body had stopped responding to cancer treatments and both she and husband Rory had decided to stop treatment altogether. Just recently, Joey had entered hospice care while her friends, family, and fans organized multiple candlelight vigils to pray for her recovery.

As an honor for the award winning country couple, RFD-TV announced they are going to run an all-day marathon of “The Joey+Rory Show” on Thanksgiving and then later that evening, air a special called “To Joey+Rory With Love” in celebration of Joey’s beautiful talent and their tremendous accomplishments! The marathon will air starting at 9:00 a.m. EST, ending at 2:00 p.m. EST with the evening special starting at 7:30 p.m. EST.

…heard about this today. So nice of our sweet friends at RFD to do. gonna have to try to find a tv to tune-in.

“The Joey+Rory Show” was a 30-minute variety show filmed on-location in Pottsville, Tennessee where Joey+Rory have been living for over ten years; well before they became chart-topping singers. The weekly series is a combination of stories, heart-warming insights, behind-the-scenes footage, and, of course, their wonderful music!

Check out a clip from their phenomenal show in the video below and don’t forget to catch their Thanksgiving special on RFD-TV!