Professional Dallas Team Gets Pre-Game Jitters Out With Shania Twain 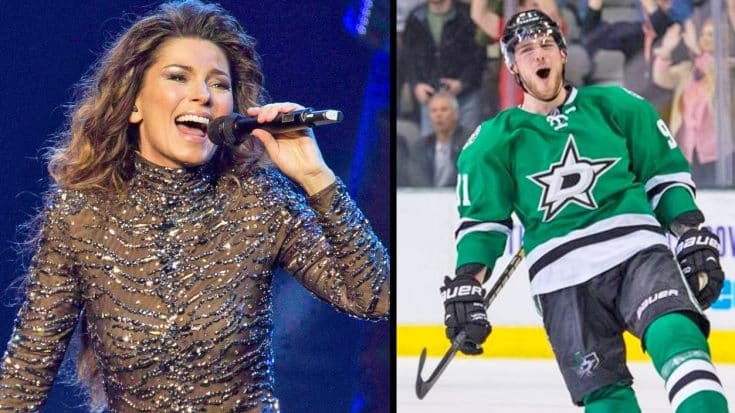 Shania Twain’s up-tempo hits provide a great pre-game jam for this Dallas team. Can you believe it?

Sport teams are known for having pre-game pump-ups and rituals. It’s not unusual to turn the music up before hitting the field, arena, or the ice. For the Dallas Stars this is something they enjoy, but their music choice may surprise you.

Yes, they listen to Shania Twain, and yes it actually works. Before their November 19th game against the Washington Capitols, the Stars brought a little piece of home to the visitors locker room in Verizon Center.

NHL Washington correspondent, Katie Brown reported via Twitter about the unusual choice in pump up music.

Even though it might be an odd pick for a group of men, the relationship between country music and sports his a strong one. Just tune into any Sunday Night Football game and you’ll see country superstar, Carrie Underwood singing the opener, the predecessor to Faith Hill. Country and sports just go together!

Besides, listening to Twain’s “Any Man Of Mine” and “Who’s Bed Have Your Boots Been Under”, this isn’t the strangest sports ritual we’ve ever heard of.  If the “Man! I Feel Like A Woman” singer is what gets the win for this professional hockey team, then so be it!

Listen to “Any Man Of Mine” and “Who’s Bed Have Your Boots Been Under” to decide for yourself if these are good pump-up jams!