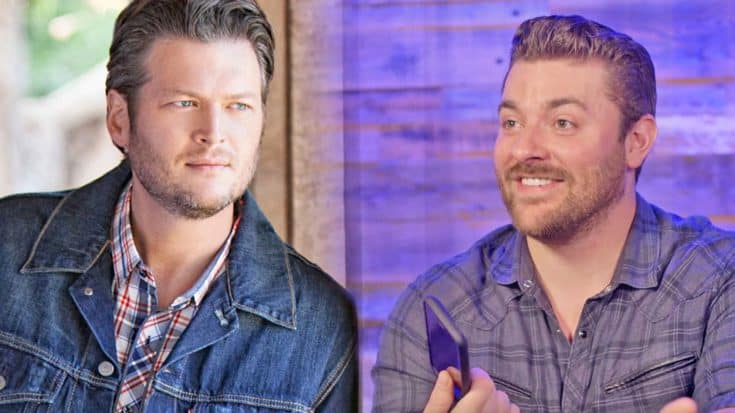 Tennessee native, Chris Young sat down for the Grand Ole Opry’s Take 5 to discuss a little bit about himself. He was intent on giving the most accurate answers possible, even turning to his trusty smart phone for one of them.

When the Opry asked: What song do you wish you had written? His response was humbling.

“I definitely every day I wake up would go “God Gave Me You” because I know Dave Barnes, who’s one of the cowriters and its just a phenomenal song. Obviously I’ve seen Blake sing the crap out of it, and I’m jealous of that one”

The emotional song was made popular by Blake Shelton in 2011, even receiving a Grammy nomination for Best Country Song. The #1 hit was Shelton’s fifth consecutive number one, and tenth overall.

Even though he invests his time and talent in country music, Young admitted he has a huge range of genres that he listens to. When asked: What is the most played song on your phone? He wasn’t sure, so he reached for his phone to get the real answer!

“Believe it or not, “Take A Little Ride” by Jason Aldean. But it could have been anything from Jason Durulo to Aerosmith.”

His never-ending smile and positive energy is contagious! See how much you really know about Chris Young, and watch the Grand Ole Opry Take 5 below.