Scotty McCreery Donates His Talent For A Special Christmas Cause

By Miranda Raye on November 24, 2015
Advertisement 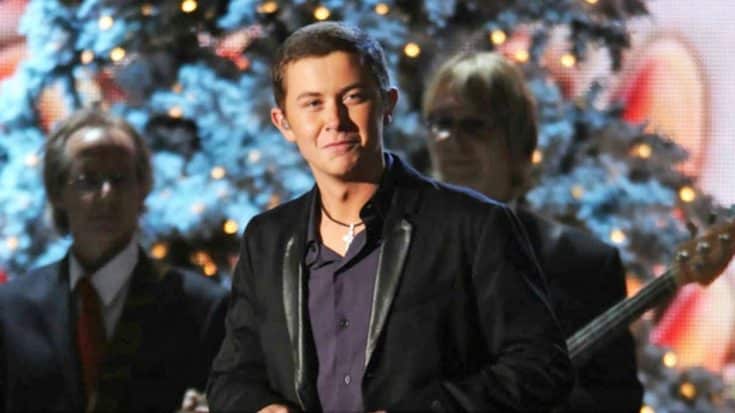 Scotty McCreery is known for his big voice and his even bigger heart.

The American Idol winner and “Southern Belle” singer loves the Christmas season, and always makes a point to take the time off work so he can be with his family.

“Celebrating the birth of Jesus with the people closest to me is one of the things I love about Christmas,” he says in an interview with Pensacola News Journal.

Another one of McCreery’s favorite parts about Christmas is the music. He would sing lots of hymns in church around Christmas time as a kid, and also enjoyed listening to Elvis Presley‘s Christmas songs.

When McCreery made his own Christmas album in 2012, he had thought about recording his own rendition of Presley’s “Blue Christmas,” but he decided to leave it be.

“I just couldn’t do that song, because no one can do it as well as Elvis,” he says.

McCreery also enjoys the giving spirt of the Christmas season, which is why he made the decision to host a special concert in Pensacola this past weekend. The whole concert was paid for by the Gulf Winds Federal Credit Union, and McCreery and the other performers didn’t charge for their performances.

All of the proceeds from the concert went to the United Way, an organization that gives Christmas toys and gifts to needy children each year.

“I am excited about being a part of this concert so that Cat Country 98.7 and the United Way can help provide a better Christmas for some deserving kids,” Scotty said before the concert. “Everyone needs to know they are loved.”

What a great cause to support, and we’re sure that there was some pretty great music at the concert as well! We wonder if McCreery sang “The First Noel,” like he did during the CMA Country Christmas concert in 2011? You can watch that performance in the video below.

Hats off to McCreery for donating his talents to give back to others this Christmas!