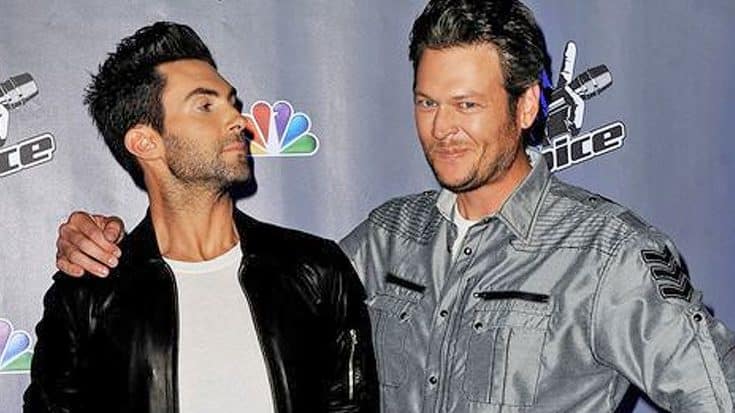 Seeing as he was named People Magazine’s Sexiest Man Alive for 2013-2014, Adam Levine clearly knows a few things about being sexy.

This year, soccer stud David Beckham was given the title, and Levine thinks People Magazine got it wrong this year.

Speaking with E! News’ Sibley Scoles before last night’s episode of The Voice, Levine proved his bromance with Blake Shelton is stronger than ever.

“Listen, as far as I’m concerned, he is the Sexiest Man Alive. People Magazine doesn’t know all. They don’t know the Blake I know. If they did, he’s be on the cover,” he says.

While Shelton does appear in the ‘Sexiest Man’ issue, he didn’t make the cover. Levine has high hopes for the future though.

“I think he’s going to get it someday. I just think you’ve got to work hard at it like I did,” Levine says, laughing. “Just don’t get down. I know that it’s his No. 1 priority in life, so as long as he keeps working hard and being sexy-ish, I think they’re going to come to him. They’re going to call him one day and be like, ‘Blake, you’re welcome. Here it is. You are now the Sexiest Man Alive. Country or no country. This is your country.'”

Levine and Shelton are known for their playful banter, but Levine seems pretty serious about this matter! Here’s to a “Blake Shelton Sexiest Man Alive 2016” campaign!