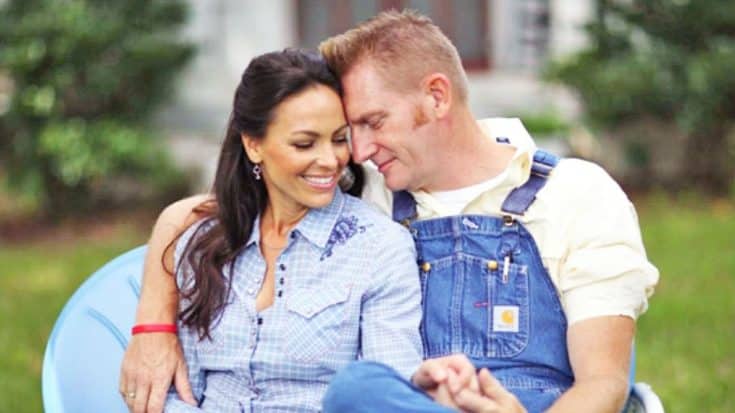 This Thanksgiving, some of country music’s biggest stars are coming together to honor one of their own…Joey Feek of Joey + Rory.

Ever since Joey announced that she had made the decision to end her treatments for her terminal cancer, the country music community has rallied behind her, sending their prayers and support. Now, some of the industry’s biggest stars are continuing to show their support for her through a televised Thanksgiving special.

A few days ago, it was announced that RFD-TV would run a Joey + Rory marathon all day during Thanksgiving.

Starting at 9 a.m.  and lasting until 2 p.m. ET, RFD-TV will run a marathon of The Joey + Rory Show, which was a variety show starring Joey + Rory that first premiered in 2012. The show focuses on the relationship between the couple, and features some of their best music.

Then, at 7:30 p.m. ET, a new special called To Joey + Rory With Love will premiere on the same channel. The special will feature messages and well-wishes from country stars such as Reba McEntire, Dolly Parton, and many more.

When Joey + Rory heard about the marathon and the TV special, they were deeply touched, expressing their thanks to RFD-TV through Facebook.

…heard about this today. So nice of our sweet friends at RFD to do. gonna have to try to find a tv to tune-in.

Joey + Rory have always made sure to express thanks for the blessings in their life, once singing about the things  they are thankful for in their 2010 song, “That’s Important To Me.” You can watch the official music video for the song below.

On Thanksgiving, don’t forget to tune in and watch RFD-TV’s tribute to this incredible couple.