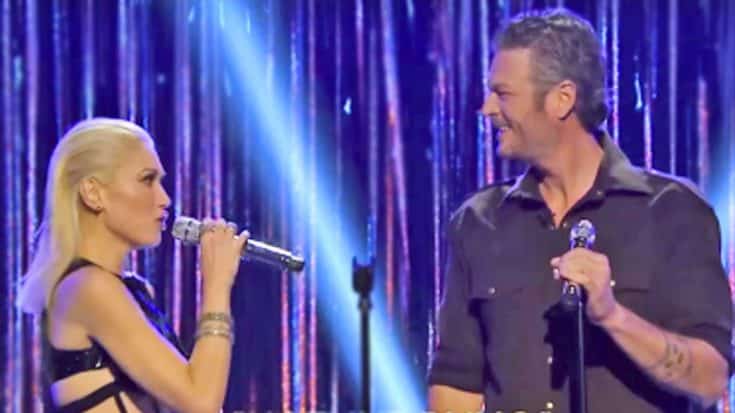 Even though Blake Shelton has already denied that he recorded a duet with his new girlfriend, Gwen Stefani, the rumors continue.

When interviewed by Extra TV after The Voice last week, Blake made it clear that the couple had not recorded a duet at that time, but hinted toward a possible collaboration in the future.

“But I won’t say that it’s not going to happen…I’m just saying that we have not recorded anything,” he said.

Perhaps it was Shelton’s statement that helped fuel the most recent round of duet rumors, including one that Shelton and Stefani were spotted walking into a recording studio together.

But this week, Stefani took her turn to address the rumors in her own interview with Extra, saying they simply aren’t true.

“We were both going to ‘The Voice,’ so that was wrong,” she says. “It looks like a recording studio, but we were filming reality.”

When the reporter asks if a duet would be happening some day, Stefani chooses not to say anything more on the topic,”I think that my answer to that would be…no comment.” she says.

You can watch Stefani’s full interview, along with fellow coach Adam Levine, in the video below.

All of this just makes us even more hopeful that Shelton and Stefani will record a duet sometime soon!