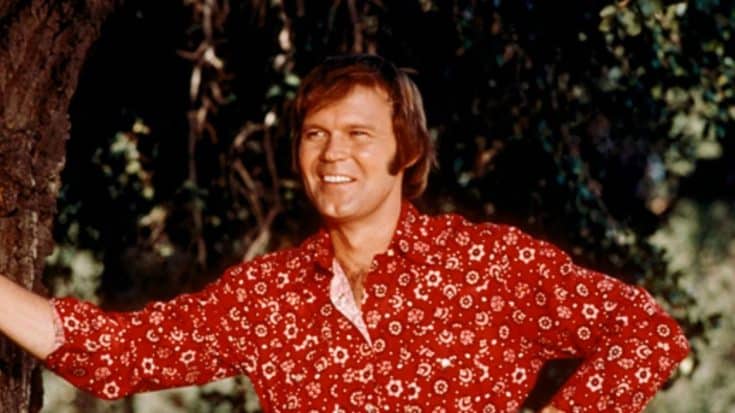 40 years ago, country music icon Glen Campbell topped the charts with Rhinestone Cowboy, his first #1 single after thirteen Top 40 hits. Campbell first heard Larry Weiss’ rendition of the song on the radio during a tour of Australia, and decided to learn it. After returning to the United States, Campbell went to Capitol Records, where he was approached about “a great new song” called Rhinestone Cowboy.

The rest was history.

The song was loved by country and pop audiences alike, and spent the summer of 1975 climbing the Billboard Hot Country Singles and Billboard Hot 100 charts before eventually peaking at #1.The hit single
spent three non-consecutive weeks on the country chart, and two weeks on the Hot 100, after having been edged out for a week by Feelings, by Conway Twitty and Loretta Lynn. During the week of September 13, when the song returned to No. 1 on the Billboard Country chart, Rhinestone Cowboy topped both the Country and Hot 100 charts simultaneously, the first time that had been accomplished since November of 1961, when Jimmy Dean’s Big Bad John did the same.