BREAKING! Miranda Lambert Speaks Out About Divorce For The First Time 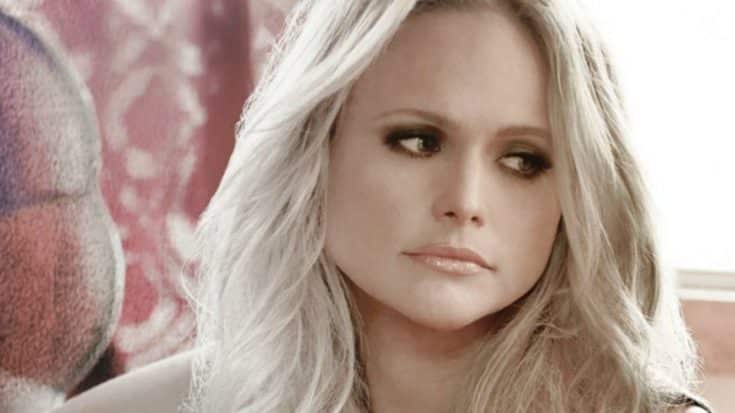 Miranda Lambert has been mum about her recent divorce from Blake Shelton…until now. Lambert gave her first interview to Cosmopolitan Magazine and was quite candid about her failed marriage.

“Marriage is a tough business, and we gave it our best college try,” Miranda explained.

What caused her marriage to Blake Shelton to end is still a mystery, but Miranda says she isn’t ready to date yet and re-marrying is not anywhere near her radar.

“I had a great relationship with an amazing man,” the ‘House That Built Me’ singer said, “so I know what good is. I have a great launching pad for the future. I will never take that for granted.”

What comes next for Miranda? She’s not exactly sure but says she just wants to live a full life. “Some of that might mean nights on my porch crying, drinking whiskey, and going, ‘Man, this sucks right now.’”

One thing the 32-year old knows for sure is that she’ll still be making music.

“I feel the sexiest when I’m in my element, which is playing music,” she admits. “It doesn’t really matter what I’m wearing necessarily or where I’m at, just on stage with my band playing music is sort of where I feel like I belong and that makes me feel sexy.”

Miranda’s full interview with Cosmo will hit newsstands on December 3.