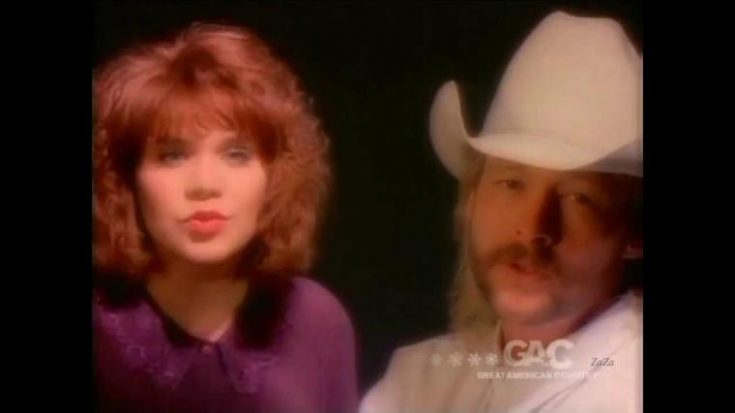 We’re getting in the holiday spirit and there’s nothing that will get you in a festive mood quite like Christmas music.

One of our favorite Christmas songs, ‘The Angels Cried,’ comes from Alan Jackson and Alison Krauss. In 1993, just four years after his debut album hit shelves, Jackson released his first Christmas album titled Honky Tonk Christmas. At the time, Alison Krauss had already won a Grammy and was a world-renowned fiddle player. However, country music fans had yet to be introduced to the angelic voice of the bluegrass prodigy.

In the video for ‘The Angels Cried,’ we hear 22-year old Krauss beautifully complimenting Jackson’s twangy country sound with her crystal clear vocals.