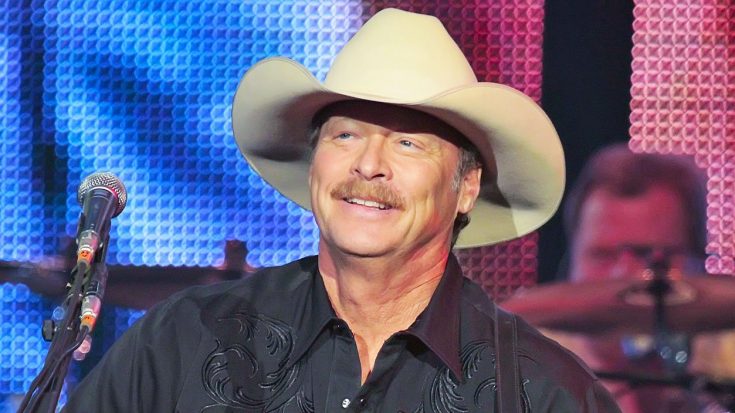 Alan Jackson is one of the most highly respected artists in country music. His songs such as “Drive,” “Good Time,” and “Remember When,” have served as the soundtrack to country fans’ lives for decades. What makes Jackson truly remarkable is the fact that he writes many of his songs himself, including the emotional 9/11 tribute, “Where Were You (When the World Stopped Turning).”

Jackson has now been on the public stage for years, but he started out his life as the son of poor parents in Newnan, Georgia. He’s lived one eventful life since then, filled with hit songs and prestigious awards.

You already know that Jackson is an amazing artist. But we bet you didn’t know that he has a cousin who’s a famous baseball player! You’re about to learn more about all of that…along with seven other fun facts about Jackson, his career, and his life.

Head down below to check out all eight facts!

1. He Didn’t Really Like Music When He Was A Kid

When he was younger, Jackson frequently listened to gospel songs and hymns. But believe it or not, he never really liked any other type of music. As he told Newsweek, he wasn’t a “music-lovin’, record-buyin’ kind of guy.”

But that all changed when a friend of his introduced him to country greats like Gene Watson, John Anderson, and Hank Williams Jr. Jackson fell in love with country music and later moved to Nashville to pursue a career in it. You know how that turned out!

2. His Childhood Pet Was As Unusual As It Gets

As a child, Jackson had one pet that he’s sure to never forget. After you hear what it was, you probably won’t forget it either!

Bet you never thought that a monkey would be a country boy’s pet, but Jackson was the proud owner of one when he was younger. It was a squirrel monkey to be exact!

We see why Jackson would want to keep one as a pet, because they sure are cute little critters.

3. He Had A Job In A Warehouse

Jackson once had a job in one of the last places you’d ever think of him working. He told Us Weekly that he had a job as a forklift driver before he made the trek up to Nashville.

Yes you read that right. Even more unexpected is the fact that it was a warehouse for Kmart!

4. His Cousin Was A Pro Baseball Player

We mentioned this fact earlier, and you likely didn’t know anything about it. One of Jackson’s cousins was a pro baseball player!

So who is Jackson’s baseball-playing cousin? It’s Brandon Moss, who played for many teams over the course of his career in the MLB.

Jackson has penned his fair share of both sad and happy songs over the years, but he has a preference when it comes to which type of song he likes to write. AXS reports that Jackson prefers writing sad songs over happy ones.

The reason Jackson tends to go the more emotional route is because he likes to write something people can connect to, such as “Where Were You” or “Sissy’s Song.” Happy or sad, Jackson does a great job writing and singing songs!

Jackson isn’t a big drinker, but he does enjoy a little bit of Jack Daniel’s while he’s writing songs. Jackson says that he sips on Jack while he writes, and that some of his greatest songs have resulted from time spent with his favorite drink.

7. He’s Obsessed With The Weather Channel

Weather can be interesting sometimes, by Jackson finds it to be intriguing beyond belief. He even confessed to Us Weekly that he thoroughly enjoys watching The Weather Channel.

Jackson went as far as to call himself a Weather Channel “junkie.” When he isn’t tuning in to the weather, Jackson loves watching classic television show reruns on TV Land.

8. You Can Probably Relate To His Number One Weakness

Everyone has a weakness, and Jackson’s is one that many people share. In fact, he has maintained a special spot in his heart for this beloved treat since he was a child.

No, it’s not cornbread. Nope, not fried chicken either! It’s chocolate!

Jackson has loved chocolate since he was young, and still can’t resist the sugary treat. Honestly, who doesn’t love chocolate?

Which one of these eight facts surprised you the most?