By Manly Bryant on November 30, 2015
Advertisement 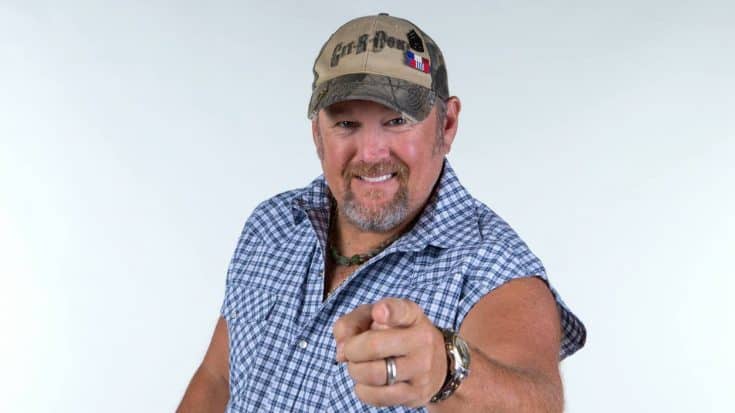 Larry the Cable Guy definitely has a great sense of humor.

But recently, the comedian discovered something he finds very unfunny… and it’s a gas station in Diamondhead, Mississippi.

The gas station, which opened in 2013, is named “Giterdone,” a phrase the comedian and his team believe was taken from his famous catch phrase, “Get ‘er done.” The comedian (his real name is Daniel Lawrence Whitney) along with his production company, Git-R-Done Productions, believe that the store’s name is a trademark infringement on the famous catch phrase.

Whitney has recently filed a lawsuit against the gas station to prevent the use of the “Giterdone” name, including all merchandise and any further branding.

According to the Sun Herald, the lawsuit says,

The lawsuit wants the store to deliver all its merchandise to the company, destroy all materials used to make the trademark and pay for legal costs. It also wants the store’s trademark cancelled.

The lawsuit wants the store to stop, and seeks “treble damages.” If a federal judge finds Git-R-Done Productions has suffered economic damages, the judge can triple the amount of the damages and order the store to pay that final amount, Whitfield said.

According to the lawsuit, the damages exceed $75,000 and the gas station could be asked to pay triple that amount.

As of right now, the store remains open.

Below, Larry the Cable Guy explains the origin of the famous phrase. Check it out.