You Won’t Believe Who Blake Shelton Crashed With During His Divorce!

By Miranda Raye on November 30, 2015
Advertisement 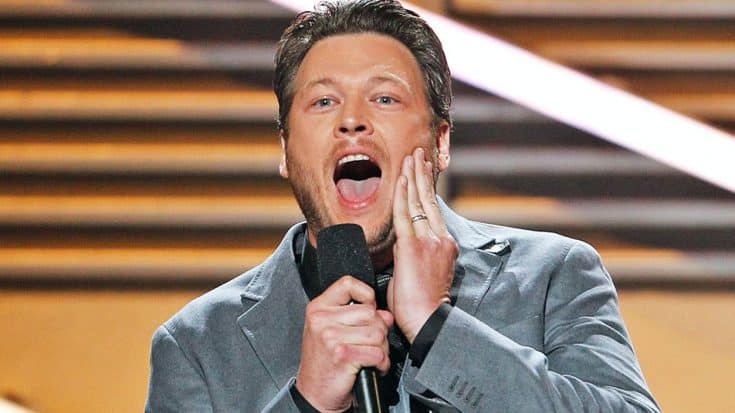 Anyone who watches The Voice knows that coaches Blake Shelton and Adam Levine play the part of friendly enemies. Even though the two coaches tease one another quite a bit, they truly are best friends.  In fact, the two are such good friends that Shelton turned to Levine during his divorce from Miranda Lambert.

As Shelton recently revealed in an interview with Country Countdown USA, Levine let him stay at his house during that time.

“I actually went and stayed with the guy when I was going through my divorce,” Shelton says, “and he was a really good friend to me during all that…I consider him one of my best friends.“

With Shelton being one of country music’s most popular artists, and Levine being the frontman of pop rock band Maroon 5, it would seem that the two don’t really have a lot in common. But as Shelton says, he thinks that’s exactly what makes them such good friends.

“I think the thing that’s our bond is we come from such different worlds.  I find we’ll get into conversations where we just pick each other’s brains of how we do our touring.  The same with him.  He wants to know if I’m really a farmer.  We have these conversations, and hours go by.”

Shelton says the only thing the two have in common is music, but that doesn’t really bring them together.

Shelton says that him and Levine get asked all the time if they will ever work on any projects together, but he says they really don’t want to.

“I think we’re in the perfect situation,” he says.  “I think if we start pushing it too far, it’ll be too much of us.  Everybody’s over-thinking it.  Let it just be good the way it is.”

We’d say that Shelton and Levine definitely have a great friendship, something you can clearly see as the two commute to work for The Voice. You can watch that video below, and you can also listen to Shelton’s full interview with Country Countdown USA here.

Shelton is lucky to have a good friend like Levine!