By Manly Bryant on December 1, 2015
Advertisement 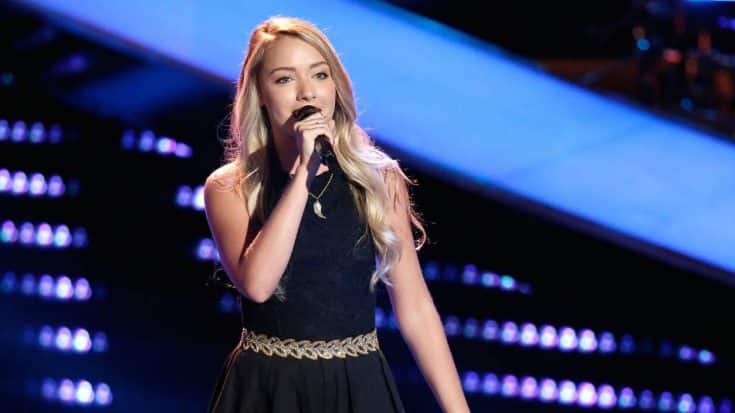 The 17-year old nailed her performance of ‘She’s Got You’ during the show’s Top 10 episode, earning praise from her coach, Blake Shelton.

“I can’t stop smiling right now … that was so good,” said Shelton after Roberts’ performance. “I’ve never had a better collaborator in nine seasons in doing this show. To be 17, she’s so smart,” he said. “That was your best performance so far this season.”

“I don’t want to sound generic, but that was fantastic,” said Williams. “You’re 17 right? It’s really unbelievable that you’re 17, and you sing with such an old soul. That honestly could have been something from 20 or 30 years ago.”

“That was amazing,” said Levine. “You were a good singer when you started the show, but now you’re a phenomenal singer. … I don’t like to give Blake any compliments at all … but at least (now), it’s for a good reason.”

The two artists with the lowest number of votes will face off tonight (Dec. 1) and ask America to save one of them. The artist with the highest number of America’s votes will move on to next week’s semi-finals. The other artist will be sent home.