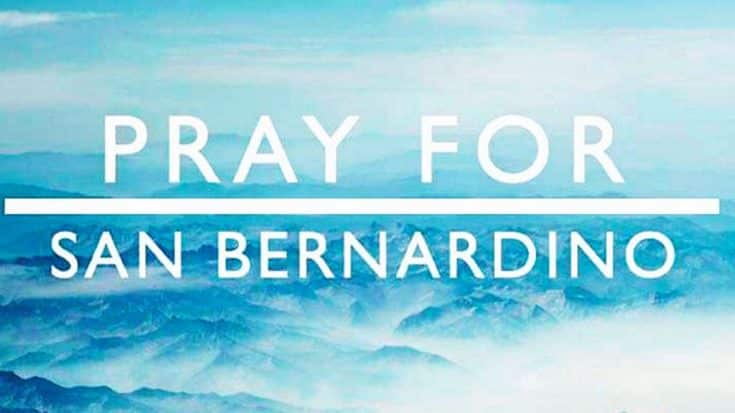 Country music’s biggest stars are once again sharing their support for a city that has been struck by tragedy, this time San Bernardino, California.

On Wednesday (Dec. 2) the San Bernardino County Sheriff’s Department confirmed that there was an active shooter in the city.

As the hours unfolded, the department confirmed that there were 1-3 suspected shooters, but that they had fled the scene and were still considered to be active.

CNN elaborated further on the shooting, reporting that it occurred in a care center for people with developmental disabilities.

In a press conference a few hours after the shooting took place, the sheriff’s department confirmed that 14 people were killed in the shooting and that another 14 were injured.

As of approximately 8:53 p.m. ET on Dec. 2, CNN reported that police had made contact with at least two of the suspects, 1 male and 1 female, who were both killed during a shootout with police.

Our sincere thoughts and prayers also go out to those in San Bernardino.