By Manly Bryant on December 3, 2015
Advertisement 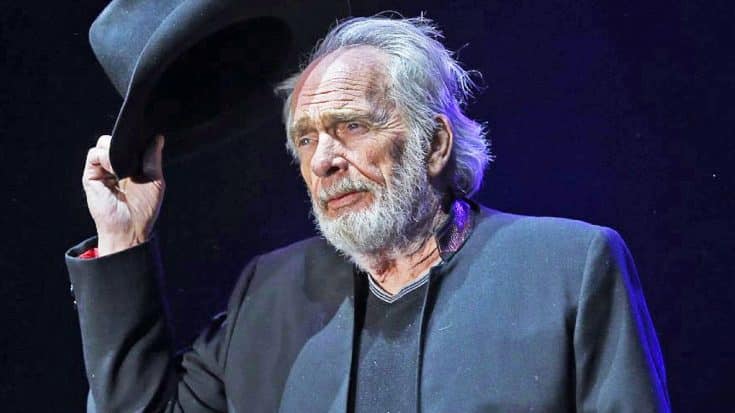 Country stars always try their best to put on a good show for their fans, fighting through everything from sickness to bad weather to make sure everything goes as planned.

But sometimes, artists have no other choice but to postpone or cancel concerts, something that recently happened to Merle Haggard.

On December 3, an announcement was made on Haggard’s Facebook page that he has been forced to postpone his shows for the rest of the week due to pneumonia.

The post says that Haggard has checked into a California hospital for treatment, and hopes to be well enough to make it to his scheduled shows next week.

Due to pneumonia, MERLE HAGGARD has checked into a CA hospital, forcing him to postpone his next few tour dates. Those…

Shortly after the post went up on Haggard’s Facebook page, his son, Ben, shared it on his own profile to help spread the word, but added no additional comments. Ben is currently touring with his father and his band, and serves as his lead guitarist.

We hope that Haggard gets to feeling better soon, because he puts on a great show!

Tune in below to see one of Haggard’s incredible live performances of one of his most recognizable songs, “Today I Started Loving You Again.”