By Miranda Raye on December 3, 2015
Advertisement 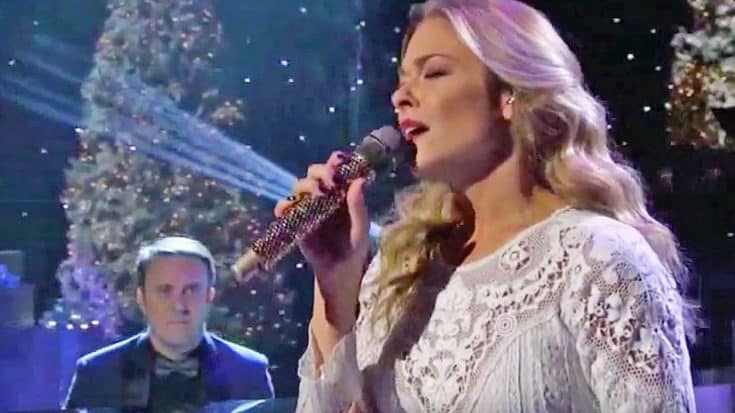 Although John Lennon and Yoko Ono’s “Happy Xmas (War Is Over)” is not as cheery as most Christmas music, many consider the song to be a holiday favorite.

Released in 1971 by Lennon and Ono, the song was also written by the two singers in protest of the Vietnam War. The song ended up peaking at the number two spot on the charts in the UK, but not until 1980, when it reemerged following Lennon’s death.

During the CMA Country Christmas special, LeAnn Rimes took to the stage to perform her rendition of the song in honor of Lennon’s 75th birthday happening this year.

Wearing an elegant white gown, Rimes looked and sounded like an angel during her performance. You can tell by the tears in her eyes that the performance was also an incredibly emotional one for her.

Once you watch Rimes’ angelic performance of “Happy Xmas (War Is Over),” you too may find it hard to hold back your tears.