By Jennifer Pernicano on December 4, 2015
Advertisement 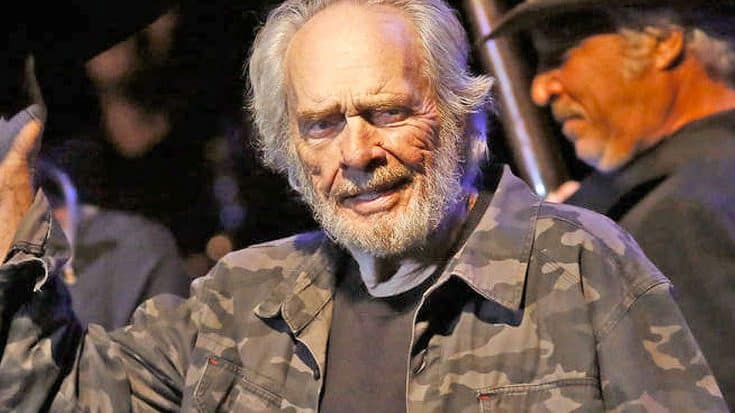 Yesterday, country legend Merle Haggard announced he had checked into a hospital for pneumonia, forcing him to cancel his next few tour dates.

Read his announcement below.

Due to pneumonia, MERLE HAGGARD has checked into a CA hospital, forcing him to postpone his next few tour dates. Those…

His youngest son, Ben, who also plays lead guitar in his backing band, took to Facebook to ask fans to pray for his dad’s recovery.

Obviously not a current photo of his current state. He’s getting some great treatment at the moment, keep the prayers coming! #prayers4merle

His post included a picture of The Hag and the caption “Obviously not a current photo of his current state. He’s getting some great treatment at the moment, keep the prayers coming! #pray4merle”

Merle recently wrapped up the Django and Jimmie Tour with Willie Nelson, supporting their Number 1 collaborative record, Django and Jimmie. He embarked on a solo tour and hopes to be well enough to perform at his Las Vegas show on Monday, December 7th.

We are praying for Merle’s recovery and hope he gets back to playing music as soon as possible.