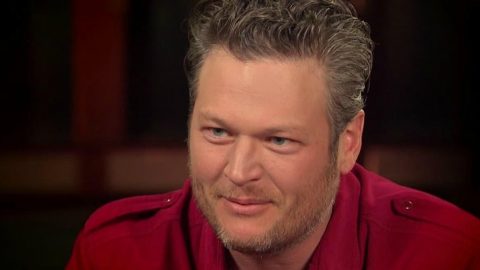 Over the course of its nine seasons, ‘The Voice’ has had a number of coaches come and go, but one who has yet to give up his red chair is Blake Shelton.

In a new interview, 39-year old Shelton, shared what it would take for him to leave the reality singing competition.

“It’s never even come up where Adam [Levine] and I aren’t there, and I would hate to step away for a season,” he told Country Countdown USA. “I’ve told them if that ever comes up, I’m just gone period. We’ve figured out what people like about our relationship, and that’s the immaturity, and the fact that we can’t hurt each other’s feelings, so there’s no holds barred.”

Another reason why Blake Shelton is holding tight to his ‘The Voice’ seat could be because he is the winningest coach to date, having won four out of the first eight seasons. The winner of season nine is yet to be determined.

‘The Voice’ was renewed and its tenth season will premiere February 2016.