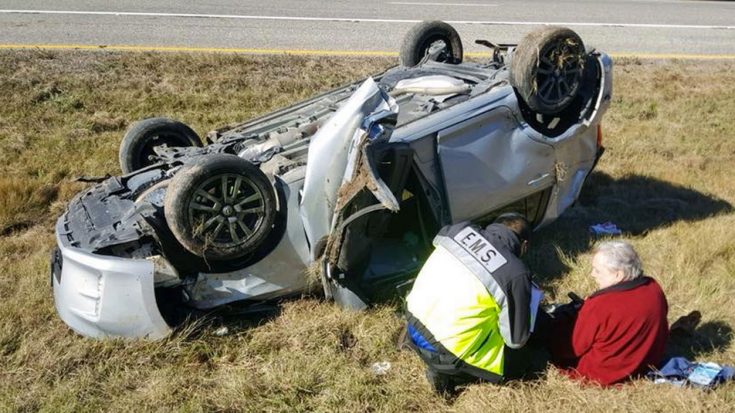 Legendary country singer and piano player Mickey Gilley and his son, Michael, were involved in a car accident on Wednesday (Jan 3). They were heading to Branson, Missouri, where Mickey owns a theater and performs regularly.

Southeast Texas’ KFDM reports that Michael was driving when another driver ran a stop sign in front of them. Michael tried swerving out of the way, but clipped the vehicle, which made the SUV he was driving his father in roll four times and land upside down.

Michael’s wife told KFDM that her 81-year-old father-in-law broke his ankle and his shoulder, while her husband escaped with a few bruises.

Mickey’s country music career began in the 1970s and leaned more towards pop-friendly sounds in the 1980s. After the release of the 1980 film Urban Cowboy, his career really took off. His biggest hits include “Room Full Of Roses,” “Don’t the Girls All Get Prettier at Closing Time,” and a remake of the iconic song “Stand by Me.”

This isn’t the first time Mickey has suffered an injury in recent years. In 2009, he was helping a friend move a couch and fell down. The sofa fell on top of him and crushed four vertebrae. He was temporarily paralyzed, but regained his ability to walk thanks to intense therapy.

We are praying for Mickey, and his son, and hope he has a speedy recovery.