By Miranda Raye on December 8, 2015
Advertisement 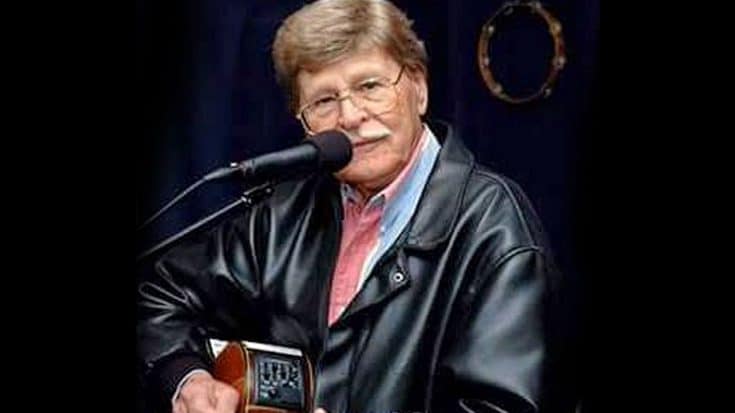 Don Chapel, a songwriter and the second husband of country music star Tammy Wynette, has passed away, his son announced on Facebook.

Chapel’s son from a previous marriage, Robbie Amburgey, took to his Facebook on December 6 to announce that his father had passed away that afternoon after battling heart failure and pneumonia:

“At approximately 4:10 this afternoon, my father Lloyd Franklin Amburgey (professionally known as Don Chapel) left this earth after a long battle with heart failure and pneumonia. He was surrounded by those who loved him. His impact left on this world will not be forgotten. Thanks to all of those who have been concerned with his health these past few months.

Arrangements will be communicated at a later date.”

Chapel was born in 1931 as Don Lloyd Amburgey, and was raised in Kentucky. Like him, Chapel’s siblings all loved music, and he actually drew his stage name from his sister Jean Chapel, who went on to become a rockabilly star.

While Chapel performed occasionally, he was mainly a songwriter, penning songs for many of country music’s biggest stars, including Conway Twitty, Ernest Tubb, and Lynn Anderson.

Chapel and Wynette were married in 1967, and Wynette went on to record several songs written by Chapel, including “All Night Long,” “Joey,” and “My Heart Is Soakin’ Wet.”

“Don Chapel was the person who led Tammy to her success and his whole family was her support back then,” Chapel’s daughter, Donna writes.

But due to both personal and professional reasons, the couple split the year after their marraige in 1968. Throughout the rest of his life, Chapel continued writing songs and even made some appearances at the Grand Ole Opry as a performer.

Chapel’s most recognizable song, “When The Grass Grows Over Me,” was made a #2 hit by George Jones, who just so happened to be Wynette’s third husband. The song is similar to Jones’ signature tune “He Stopped Loving Her Today,” in the fact that it is about someone who says he will only stop loving his sweetheart when he has passed away.

“When The Grass Grows Over Me” has had a lasting impact on many that have heard the song, including bluegrass singer Rhonda Vincent, who took to Facebook to express her sadness over Chapel’s passing.

Vincent recalls how proud Chapel was to have worked with some of country music’s greatest stars throughout his career, saying “He loved to tell about his witness to what we know as historical moments in country music history.”

We say farewell to an American Songwriter ” Don Chapel “, writer of “When The Grass Grows Over Me”. I met Don in…

Although Chapel may be gone, we know that he will live on through the many beautiful songs he wrote and performed throughout his life, including “When The Grass Grows Over Me,” which you can listen to in the video below.

Our thoughts and prayers go out to Chapel’s family during this sad time.