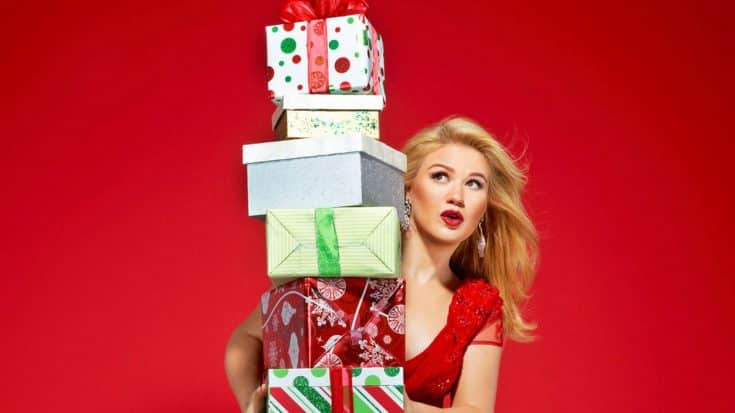 The Blackstock clan got creative this year!

Kelly Clarkson and husband Brandon Blackstock have really outdone themselves this year. In years past this family of (almost) six has created hilarious cards. This year they decided to try a darker theme for their annual Christmas card, and it is pure magic. But could there be an underlying message?

The card features Clarkson, her husband, along with his two children Savanna and Seth who Clarkson became stepmom to in 2013, and of course little River Rose! The Game of Thrones theme is fitting considering the HBO series was bigger than ever this year. Leading us to believe that the Blackstock family is a fan of the show!

Clarkson used the hashtags #winteriscoming #riverisnotworried causing speculation on Clarkson’s Twitter page about a possible new baby name? Could Winter Blackstock be the new baby name?! That would be adorable!

Watch Clarkson’s music video for “Underneath the Tree” below. The hit Christmas song was released off her holiday album Wrapped In Red.