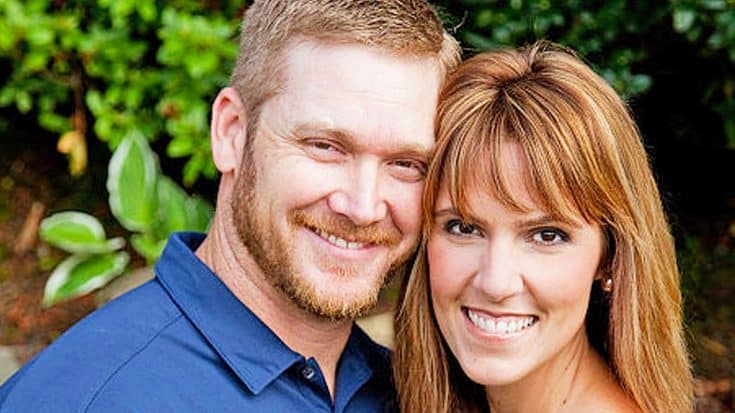 Taya Kyle is honoring her husband Chris’s legacy in the most fitting way possible.

The world got to know Taya following the release of the 2014 film American Sniper, which chronicled her husband’s life as a legendary Navy SEAL sniper. After Chris left the military, he released an autobiography about his experience, which was then used as the basis for the film.

Unfortunately, Chris never got to see the film’s final product. In 2013, Chris and his friend Chad Littlefield were shot and killed while taking a man named Eddie Ray Routh to the gun range to reportedly help him with his Post Traumatic Stress Disorder.

On February 24, 2015, Eddie was found guilty of killing Chris and Chad, and was sentenced to life in prison.

Now, Taya is honoring her husband’s legacy by trying out her own sharpshooting skills, and she’s absolutely excelling.

Taya recently took part in the American Sniper Shootout, and beat NRA champion marksman Bruce Piatt to claim the top spot in the competition. Using TrackingPoint’s Precision-guided firearms , also referred to as PGF, Taya made 100% of her shots. PGF technology allows a shooter to select a target, and then computers inside the firearm calculate the best firing solution based on a number of factors.

The winner of the competition received a grand prize of $500,000 to donate to the charity of their choice. Taya chose to donate her prize to the foundation named after her husband, The Chris Kyle Frog Foundation, whose mission is  “to serve those who serve us by providing meaningful interactive experiences that enrich family relationships.”

Congratulations to Taya on her big win! We’re sure Chris would be so proud.